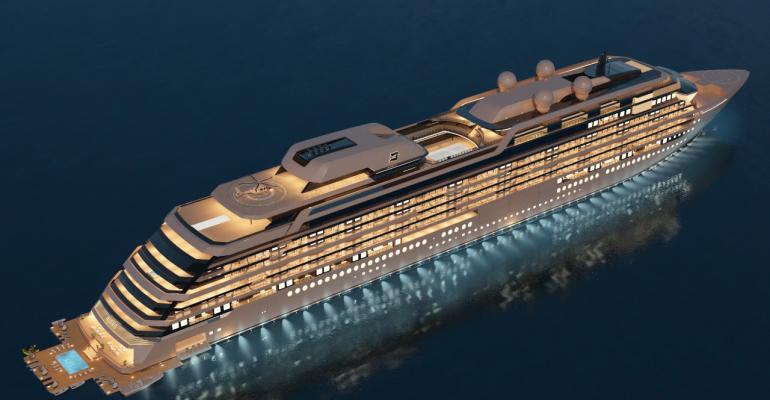 Meyer Werft shared more details of the residential yacht Njord, a project it's been developing for Ocean Residences with principal Kristian Stensby.

The order is still subject to financing.

Njord has a megayacht design and would be powered by LNG with a hybrid battery system. Top speed would be 21 knots.

The vessel would be equipped to support scientific and oceanographic research.

According to Stensby, chairman and CEO of Ocean Residences Development Group, Njord has been very 'well received so far and is experiencing high demand for reservations.'

Stensby is a real estate and cruise industry veteran. In 1990, he assembled a company of 'classic' ships that came to be called Premier Cruises and served as its chairman and CEO until 1997. Earlier, he was treasurer for Kloster Cruise Ltd., the parent of Norwegian Cruise Line, Royal Cruise Line and Royal Viking Line.

Only one residential ship currently exists, The World, built in 2002. There have been numerous attempts since then, including the recently announced Somnio.

For Meyer Werft, Njord would be 'another very important step for securing the location in Papenburg,' said Thomas Weigend, managing director of Meyer Werft. It would 'expand our portfolio of ship types,' he added, and 'is urgently needed to ensure that the decline in capacity utilization will not be even greater than 40%' during 2024-25.

As earlier reported, Meyer Werft this week announced it had reached a downsizing agreement and other labor concessions to address changed market conditions resulting from the COVID-19 pandemic.