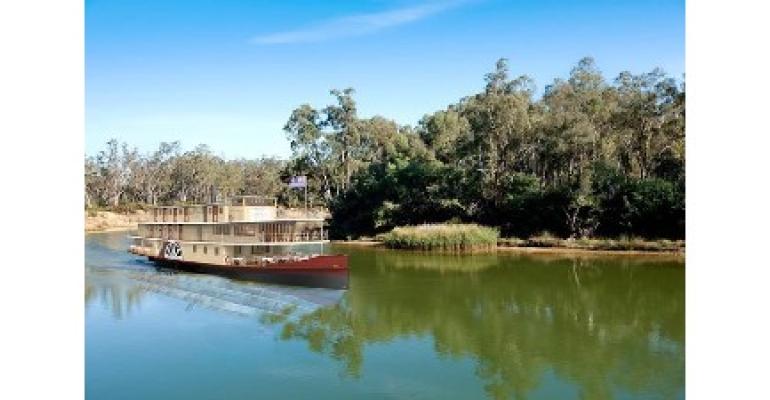 An artist’s impression of the new A$6.75m paddle steamer

The 40-passenger paddle steamer will be built in Mildura, Victoria, using local contractors and suppliers.

She will have a Discovery Lounge with outdoor seating, a dining room, and all accommodation will open to a verandah.

The project has received A$2.25m from the Victorian government’s Regional Tourism Investment Fund.

Since the vessel will be based in the Victorian river town of Echuca, about a 2.5-hour drive from Melbourne, packages will include transfers from the capital city.

Murray River Paddlesteamers Director Craig Burgess said this third in the company’s fleet will be a game-changer.

‘Demand for overnight cruises on the Murray is at record levels,’ Burgess said.

He said the newbuild will 'tap that demand, boost the local economy, create new jobs and cater for the most discerning of visitors, attracting new domestic and international visitors to our region for the first time.’

It is the world’s third longest navigable river, behind the Nile and the Amazon.