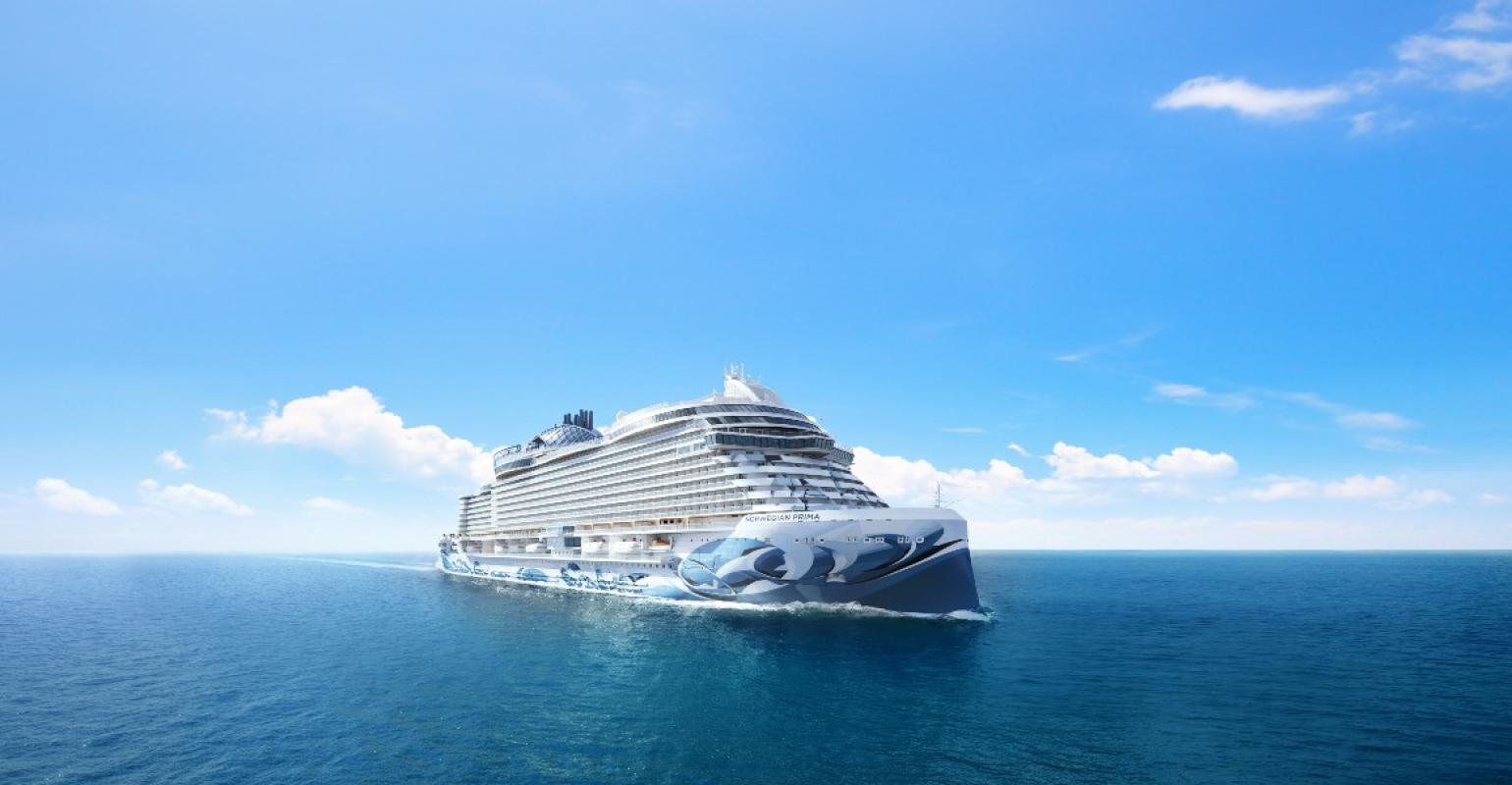 Norwegian Prima is set to arrive in August 2022, the first of a new, slightly smaller design in a six-ship series from Fincantieri
Norwegian Prima is Norwegian Cruise Line's opening salvo in its first new class of ships in nearly a decade.

Debuting in August 2022 in what will be NCL's widest inaugural deployment ever, from Northern Europe to Bermuda, the Caribbean, Galveston and Miami before settling for a season at Port Canaveral — this hints at possible future new homeports, such as Galveston.

'We want to get this [first ship] out there in front of as many people as possible,' President and CEO Harry Sommer said. '.... This allows us to really showcase to the maximum number of media and travel agency partners. We have six ships. We have to cast a huge net.'

The 142,500gt Norwegian Prima begins a series that's slightly smaller than the Breakaway Plus vessels at 965 feet long with double-occupancy capacity for 3,215 passengers.

One Prima-class ship is set to be delivered from Fincantieri each year from 2022 through 2027. This series was originally dubbed Project Leonardo.

Sommer said he sees the possibility of longer seasons in places like Galveston and New York. NCL hasn't sailed from Texas for years; it used to homeport in Houston.

Set to arrive in August next year, Norwegian Prima will undertake a far-flung inaugural season beginning with 10-day voyages from Amsterdam and Copenhagen to the Norwegian Fjords and Baltic. In late September, the ship will depart from Southampton on a crossing via Scotland, Iceland and Nova Scotia to New York.

After a Bermuda jaunt, Norwegian Prima will head through the Caribbean, including Great Stirrup Cay and the ABC Islands, arriving at Galveston. From there, the ship will sail to Miami for a trio of weeklong Western Caribbean cruises including Harvest Caye, Belize.

Starting March 28 to May 7, the ship will sail a mini-season of five mostly seven-day round-trip Bermuda voyages from New York. Norfolk, Virginia, is in the charts, too.

Norwegian Prima then returns to Northern Europe on a cruise from New York via Nova Scotia and Iceland, ending at Reykjavik. From May 25 to Sept. 7, the ship will offer a mix of 10- and 11-day Norway and Iceland sailings from Reykjavik and Southampton.

The season wraps with a 14-day round-trip from Southampton on Sept. 17 to Ireland, Iceland and Norway.

Stay tuned for more specifics on Norwegian Prima to come later this week.