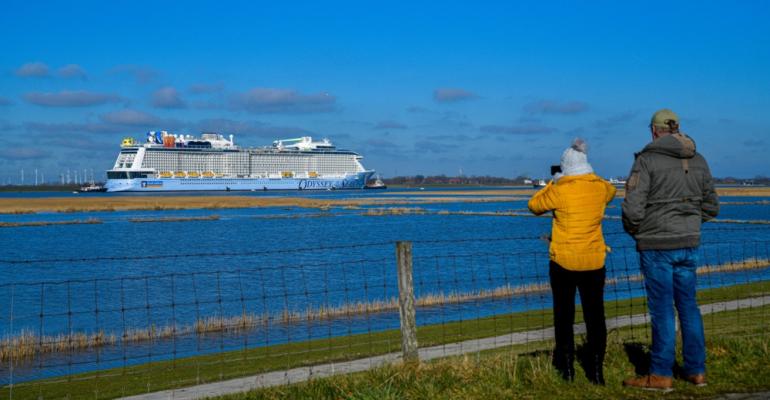 The 20-mile/32-kilometer journey took more than 10 hours as the vessel moved backwards for greater safety, assisted by two tugs.

From Eemshaven, Odyssey of the Seas will undergo sea trials in advance of its delivery, planned in the next several weeks.

In a Royal Caribbean first, Odyssey is to debut in Haifa, Israel, in May. Residents of Israel will be the first to experience this second Quantum Ultra-class ship on a mix of three- to seven-night escapes visiting the Greek Isles and Cyprus.

Odyssey is then scheduled to cross the Atlantic to begin its inaugural North American season in November, offering six- to eight-night itineraries from Port Everglades to far-flung Caribbean destinations, including Curaçao and Aruba.

Nile vessel Viking Osiris is floated out in Cairo
Jan 27, 2022

Wonder of the Seas is delivered to Royal Caribbean
Jan 27, 2022