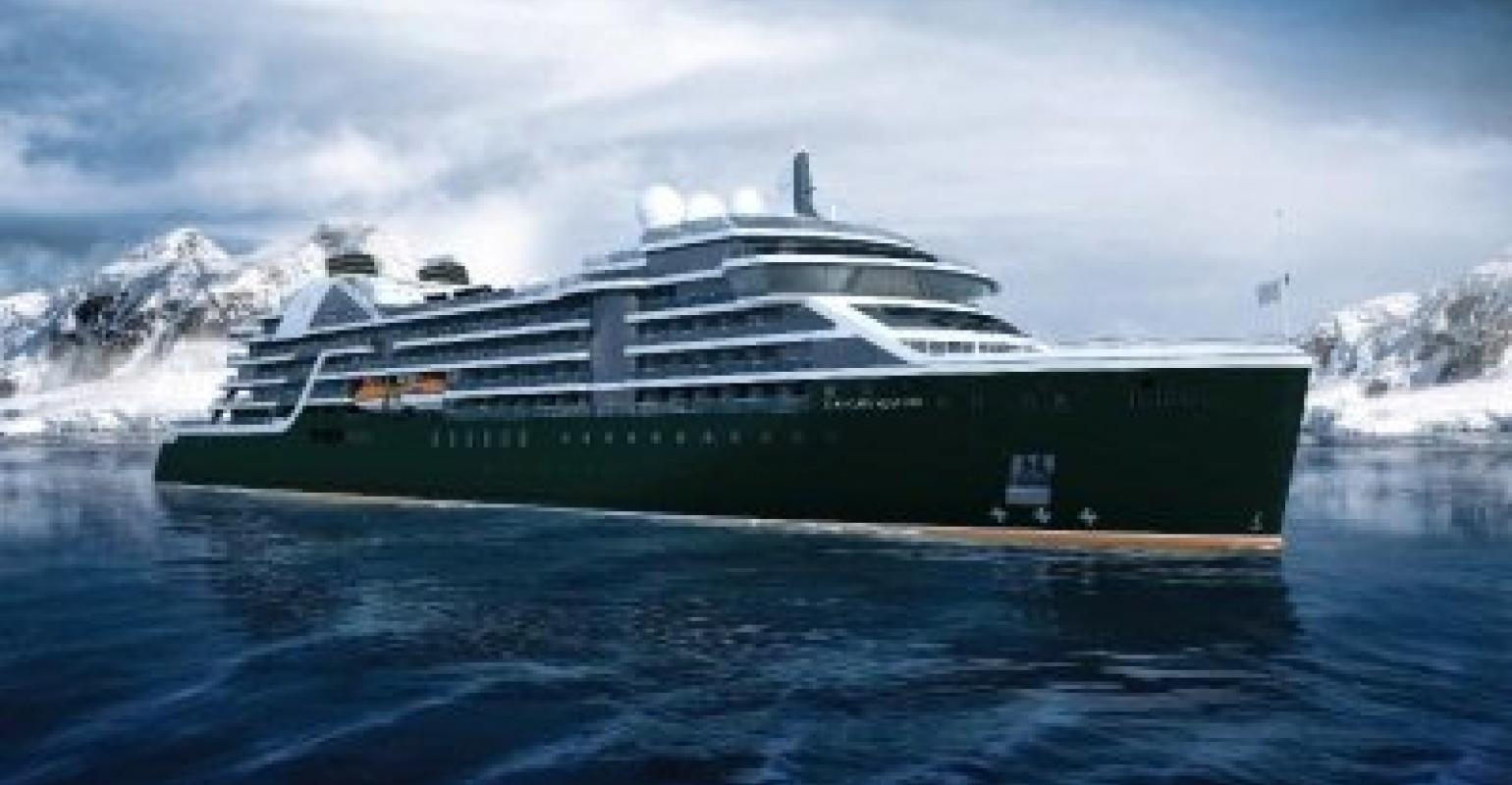 Seabourn Venture had been scheduled to debut in the Arctic, followed by a season in Antarctica. Instead, it will undertake a new Norwegian winter program starting in Deember 2021

Three Seabourn ships' returns to service are delayed until 2021, while expedition newbuild Seabourn Venture will be delivered later than planned and debut with a new Norwegian winter program.

The line's first expedition newbuild, Seabourn Venture, is now scheduled for delivery Dec. 1, 2021, instead of June, due to coronavirus-related shipyard closures earlier this year impacting T. Mariotti. Venture had been planned to debut in the Arctic, followed by a season in Antarctica.

Quest to assume Antarctica/Venture to Norway in winter

Instead, Seabourn Quest will now operate the 2021/22 Antarctica program, while Seabourn Venture will sail Norway in winter, giving the opportunity to see the northern lights.

Details about Seabourn Venture's revised inaugural season are being finalized and will be announced in October. Meanwhile, Seabourn opened a wait-list for travelers interested in the voyages from December 2021 to April 2022.

Those currently booked on Seabourn Venture's inaugural voyage will be offered the opportunity to sail on the new inaugural itinerary on a priority basis before it opens for sale to the general public. Additional details on rebooking for other affected Seabourn Venture voyages will be shared with booked guests and travel advisors in mid-October.

With Seabourn Quest going to Antarctica, the ship's Panama Canal voyages scheduled for Nov. 7 to Dec. 19, 2021, are canceled.

Seabourn is continuing to assess the timing to resume operations on Seabourn Odyssey in the Caribbean. As a courtesy to travelers booked on December sailings aboard the ship, final payment will now be due 60 days prior to departure.

Seabourn had previously announced a pause in its global operations from March 14 through May 2021, depending on the ship, effectively canceling all voyages for those ships scheduled to operate during that timeframe. It called the decision to cancel additional voyages a proactive action.

'We recognize the long lead time for planning an ultra-luxury Seabourn experience and with that in mind, we proactively announce the cancellation of these additional voyages,' Seabourn President Josh Leibowitz said.

The line will be communicating changes for voyages scheduled to depart in the extension timeframe with all booked guests and their travel advisors.

Travelers booked on one of the affected voyages in Seabourn Quest’s Antarctica, Amazon, Panama Canal, South America and trans-Atlantic cruises scheduled between Nov. 7, 2020, and April 25, 2021, will automatically be re-accommodated in the same suite on the same voyage during the ship's 2021-2022 season, at rate paid, within 30 days. They'll also receive a shipboard credit based on voyage length. The credit is $300 per suite for voyages up to 20 days and $500 per suite for voyages of 21 days or more.

The FCCs are valid for 12 months from the date of issue and may be used to book sailings departing through Dec. 31, 2022. The amount of non-cruise fare purchases may be transferred to a new booking.

Disney Wish delayed, cruise will be 'last business to come back'
Sep 14, 2020