Seabourn Pursuit hull is moved to T. Mariotti for outfitting 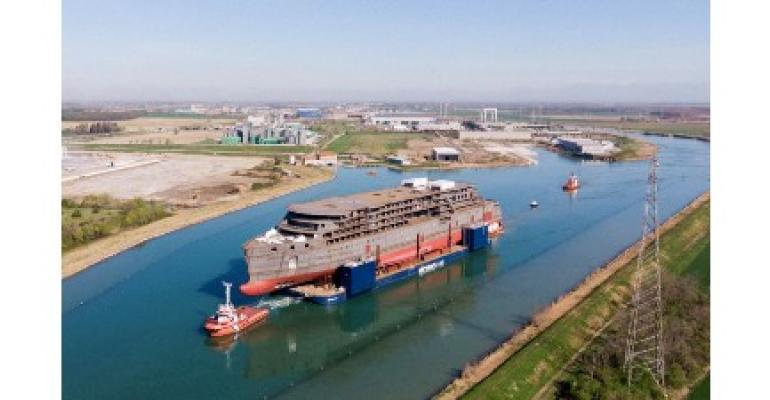 Seabourn Pursuit on the 1,200-nautical-mile journey

The hull of Seabourn's second expedition newbuild, Seabourn Pursuit, was moved to T. Mariotti in Genoa for final outfitting.

The ship is scheduled to enter service in 2023.

The hull was moved onto a special barge April 6 and began the 1,200-nautical-mile journey to Genoa on April 15. Seabourn Pursuit has been under construction at the CIMAR shipyard in San Giorgio di Nogaro and is already equipped with its engines, generators and the other main engine room equipment.

T. Mariotti Managing Director Marco Ghiglione said: 'Seabourn Pursuit, along with her sister ship, Seabourn Venture, will be an innovative addition to the cruise market,' adding his thanks to 'everyone involved in turning this important vision into reality.'

Seabourn Pursuit is being built to Polar Class 6  standard and will carry a 26-person expedition team including scientists, scholars and naturalists. It will be equipped with Zodiacs, kayaks and two custom-built submersibles.