Seabourn Venture inaugural voyage pushed back for a third time 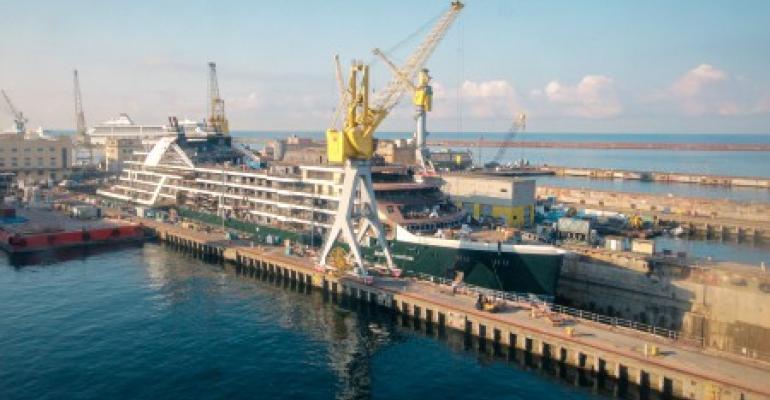 Seabourn Venture, under construction at T. Mariotti in Genoa, continues to be impacted by supply chain challenges

Seabourn Venture has been delayed for a third time, with its inaugural sailing now set to get underway July 15.

After missing its planned 2020/21 Norwegian winter season, the ship was rescheduled to sail in April. Its new revised start will be a further three months from now, with supply chain issues at Italy's T. Mariotti shipyard blamed for the hold up.

The 265-passenger expedition vessel, one of two planned for Seabourn, would have sailed April 10. A spokesperson for the line said ‘the extra time will help ensure Seabourn enters service with the ship they envisioned at the outset of this exciting process.’

Affected passengers are being moved automatically to 2023 voyages, with the bookings transferred at the current fare or equivalent.

Second ship, Seabourn Pursuit, is scheduled for delivery in early 2023.

An 11-night Northern Isles voyage from Tromsø to Oslo is the first in a series of Northern Europe cruises that will follow.