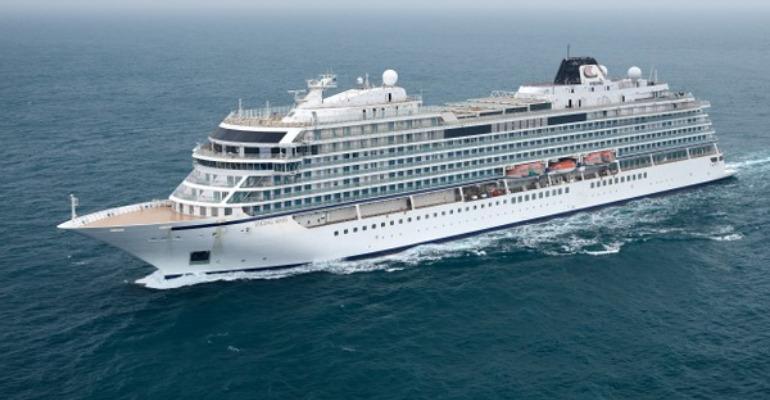 The 930-passenger vessel is the eighth in its class and identical to Viking Neptune, which was floated out in January.

Like its sister ship, the interiors of the 47,800gt, all-veranda-stateroom Viking Mars are by London-based SMC Design and Los Angeles-based Rottet Studios.

The ship takes a modern, Scandi-inspired design approach. It has spacious suites with sweeping views, two pools – one, an infinity pool off the stern – multiple options for al fresco dining and a spa that is in keeping with Scandinavian tradition: with a sauna and snow grotto.

As with other Viking vessels, the 465-cabin ship is equipped with enhanced safety systems, including safe return to port functionality. It also features energy-efficient engines with optimised hydrodynamics and hull to reduce fuel consumption, as well as systems that minimise pollution to meet rigorous environmental standards.

May 17 naming in Malta

Viking Mars will be named by godmother Lady Fiona Carnarvon, the eighth countess of Carnarvon, on May  17 (Norwegian Constitution Day) in Valletta, Malta, and spend its maiden season sailing in the Mediterranean and Northern Europe before embarking on voyages in Asia and Australia.

Meyer Turku swings to a 2021 loss on higher turnover as pandemic impacts linger
May 02, 2022