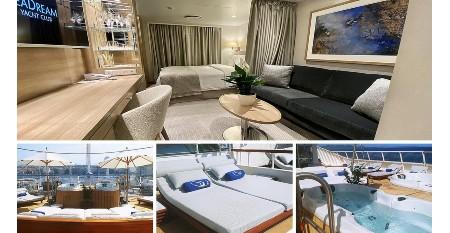 Back by popular demand: SeaDream Norway cruises
Jun 23, 2021
As SeaDream prepares to resume sailing in Greece on June 28, the line added Norway to its summer plans.

It's a go: SeaDream I to begin season of Barbados round-trips Nov. 7
Sep 15, 2020
Just as SeaDream Yacht Club became the first to restart international cruises in Europe, the line is now poised to possibly do the same in the Caribbean.

SeaDream adds second yacht to Norway program on high demand
Jun 05, 2020
SeaDream Yacht Club raised the number of its Norway cruises from nine to 21 due to high demand.

SeaDream restart features Norway voyages from June
May 28, 2020
SeaDream Yacht Club plans to resume sailing in June on a series of Norway voyages that include a call at Skagen, Denmark.

SeaDream charts Florida return, many new West Indies ports
Jan 29, 2020
SeaDream Yacht Club plans sailings from Florida for the first time in more than a decade and will chart numerous new ports in...