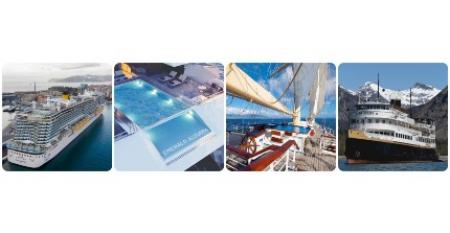 Searchlight Capital invests in Celestyal Cruises
Nov 29, 2021
Celestyal Cruises is planning on expanding its operational footprint, including fleet renewal, after the cruise...

Oct. 12 update: Blue Lagoon Cruises to sail as Fiji opens, Celestyal plots year-round return
Oct 12, 2021
Here's a quick read of some of today’s coronavirus-recovery cruise news. This will be updated throughout the day.

Greece leading the revival of East Mediterranean cruising
May 26, 2021
More than half of the 60 cruise ships planned to be sailing in Europe in August will be deployed in Greek waters, according to...

Greek tourism minister's cruise outreach triggers EEKFN blowback
Mar 25, 2021
Greece is pinning its hopes on a May 14 opening for tourism, according to Tourism Minister Haris Theocharis, and with the relaunch, the country’s cruise industry is full speed ahead with preparations for the reopening of cruising.

Celestyal Cruises pushes back Greece restart date to May 29
Mar 10, 2021
Celestyal Cruises aims to resume operations May 29 in Greece with its seven-night 'Idyllic Aegean' itinerary, later than its previous end of April target.
Load More