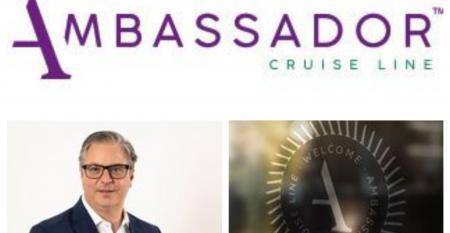 New buyer for P&O Australia’s Pacific Dawn
Sep 28, 2020
P&O Cruises Australia has found a new buyer for Pacific Dawn, which was to have been transferred to now-defunct Cruise & Maritime Voyages in Singapore on March 2, 2021.

ITF assists in repatriating seafarers from CMV ships in the UK
Jul 02, 2020
The International Transport Workers’ Federation has been assisting hundreds of seafarers aboard the six Cruise & Maritime...

UK detains five CMV ships for expired crew contracts, nonpayment of wages
Jun 22, 2020
Five Cruise & Maritime Voyages ships have been detained by the UK's Maritime and Coastguard Agency after surveyors found expired and invalid seafarers employment agreements, late payment of wages and crews on board for more than 12 months.

CMV’s laid-up Astoria to depart Tilbury for Lisbon for minor repairs
Jun 18, 2020
Cruise & Maritime Voyages (CMV) reports Astoria is due to sail from London Tilbury Thursday evening where she has been in lay-up since March 15 following a suspension of cruising due to COVID-19.

CMV hopeful of securing funding after Barclays loan deal collapses
Jun 18, 2020
Cruise & Maritime Voyages (CMV) confirmed to Seatrade it is in discussion with potential lenders and investors to secure funding to see it through the COVID-19 crisis.
Load More