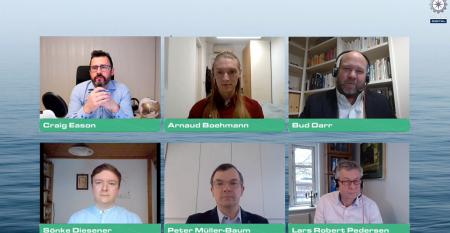 Shipping decarbonisation lacks ambition and urgency, NGOs claim
Feb 08, 2021
Representatives from the shipping industry, including cruise, and environmental NGOs exposed the gaps between their understandings of...

Wärtsilä advances future fuel capabilities with first ammonia tests
Mar 30, 2020
Wärtsilä has initiated combustion trials using ammonia. The research will help the company to prepare for the use of ammonia as...