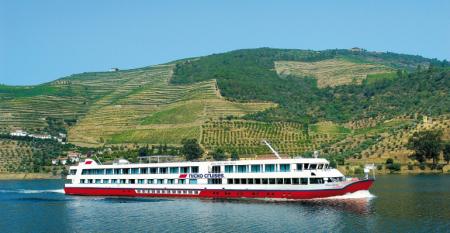 AIDAcosma makes inaugural call at Hamburg
Feb 25, 2022
The newest addition to the AIDA Cruises fleet, AIDAcosma, arrived in Hamburg for the first time this afternoon, ahead of its maiden season which gets underway tomorrow.

Kiel port ups shore power ambitions, expects 241 calls this year
Jan 20, 2022
The Port of Kiel is scheduled to receive 241 cruise ships and aims at doubling the number of calls supplied with shore power by the end of 2022, according to the Port of Kiel's Dr. Dirk Claus.

Cuxhaven to receive 30 calls from Hurtigruten in 2022
Jan 13, 2022
Cuxhaven, Germany is expecting around 30 cruise calls by Hurtigruten Expeditions this year.

Hapag-Lloyd's Europa resumes operations with cruise from Hamburg
Jul 12, 2021
Hapag-Lloyd Cruises has completed the reactivation of its fleet, as flagship Europa arrived in Hamburg July 12 in preparation for a 13-day sailing starting July 13.

Plantours announces Hamburg’s return with sailing from Seville
Jun 30, 2021
Bremen-based Plantours & Partner will bring Hamburg back into service in August after pausing operations for more than a year.
Load More