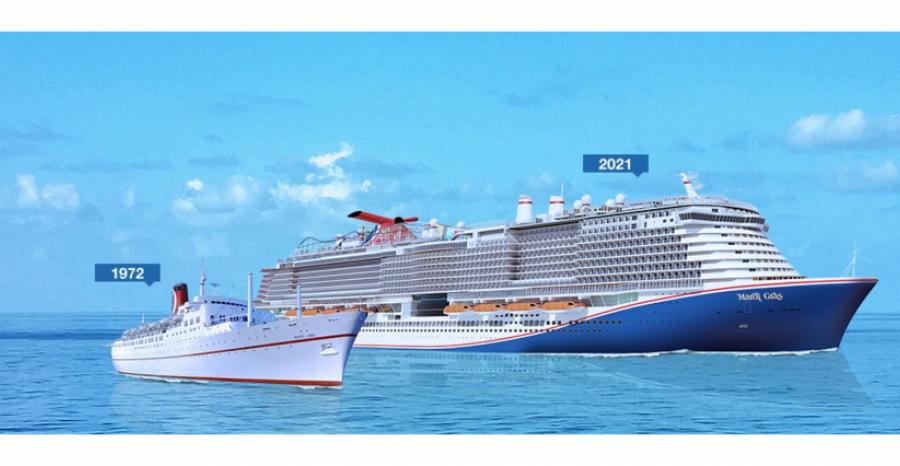 Carnival delays in US, Australia, cancels Europe, sets back Mardi Gras debut
Jan 22, 2021
Carnival Cruise Line extended its pause in US departures through April 30 and in Australia through May 19.

Grand Central on Mardi Gras a day to night venue with sweeping views
Sep 23, 2020
Atriums have been a focal point on cruise ships for decades. Carnival Cruise Line is transforming the space aboard the new Mardi Gras.