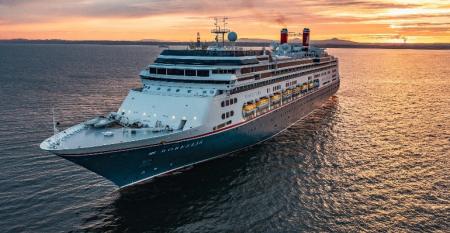 Fred Olsen playing to its strengths: ‘Small ships for a big world’
Mar 05, 2020
Fred. Olsen Cruise Lines unveiled its new brand strategy in London on Wednesday to UK trade and media focussing on its fleet of four smaller ships and the benefits they bring to customers.