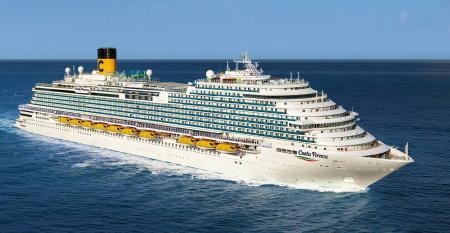 Sept. 13 update: Carnival restarts Baltimore cruising, Oasis from NY, NCL ships sail from Barcelona and Rome, Riviera on more rivers
Sep 13, 2021
Here's a quick read of some of today’s coronavirus-recovery cruise news. This is being updated throughout the day.

MSC Cruises marks one year back cruising and more
Aug 16, 2021
One year to the day that MSC Cruises resumed international sailings following the global industry’s shutdown in March 2020, the line now has more than half its fleet at sea.

Barcelona port expects up to 100 cruise calls in next six months
Jul 22, 2021
The Port of Barcelona estimates cruise traffic in the second half of 2021 will be between 75 and 100 calls amounting to 200,000 passengers.

Port of Barcelona welcomes Costa Smeralda
Jul 05, 2021
Costa Smeralda is the first of Costa Cruises’ vessels to visit Barcelona since the start of the pandemic, arriving at the city’s port this morning.

Six more Royal Caribbean ships to sail from US this summer, full fleet to be back globally by year end
Jun 04, 2021
Building on its upcoming return to Alaska, Royal Caribbean International announced six ships will begin sailing from Florida...

Port of Barcelona preparing for domestic cruising within weeks
May 18, 2021
Barcelona port will intensify its work with cruise lines over the coming days, in anticipation of domestic sailings restarting within weeks.

Early indications of Spanish ports prepping for domestic cruising: update
May 13, 2021
Signs are underway, according to media outlets in Spain, that local cruise tourism could soon be underway.
Load More