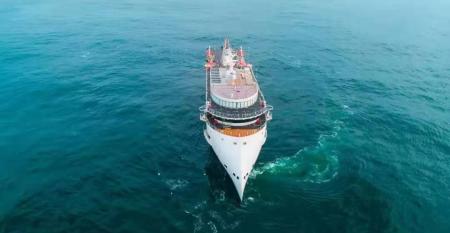 AIDAperla ramps up with LNG use in Med ports
Nov 27, 2017
Following successful test operations, AIDAperla over the coming weeks will be ramping up to the regular use of liquefied natural gas when docked at Mediterranean ports.

Change of plans: Carnival ship is going on charter to FEMA
Oct 12, 2017
Carnival Fascination, which was scheduled to resume cruises from San Juan this Sunday, is instead being chartered to the Federal Emergency Management Agent until mid-February.
Load More