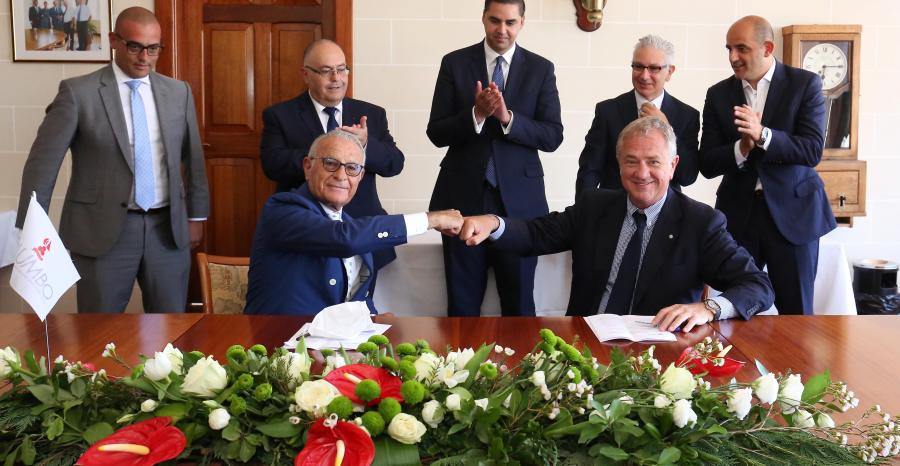 Two Emerald ships on course for 2021 launch
Apr 20, 2020
Emerald Cruises, part of the Scenic group, is maintaining its commitment to launch a new river and ocean going yacht in 2021, with construction underway that will see the two new ships set sail next Spring and August, respectively.

P&O Cruises cuts steel for next newbuild; name reveal on May 24
May 21, 2018
P&O Cruises will announce the name of its newest cruise ship, due to arrive in 2020, on Thursday.

Viking Cruises and Vard sign LOI for 2+2 ‘special’ cruise ships
Apr 04, 2018
Vard Holdings Limited, a subsidiary of Fincantieri, signed a letter of intent for the design and construction of two ‘special’...

Carnival and Fincantieri ink MoA for Cunard newbuild
Sep 25, 2017
Fincantieri and Carnival Corp. & plc announced the signing of a memorandum of agreement for the construction of one next-generation cruise ship for Cunard.

Grand Bahama completes 17 cruise refits, with six more to go this year
Jul 12, 2017
Grand Bahama Shipyard has completed work on 17 of the 23 cruise ships scheduled for maintenance, overhauls and upgrades at the Freeport facility during 2017.