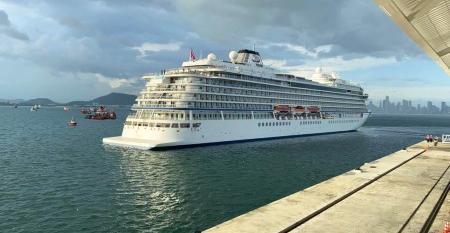 Silver Moon is named in festivities that also salute Greece
Jul 28, 2021
Silver Moon's naming in Greece today symbolized 'not only the birth of a new vessel but the rebirth of cruising...

Silversea to resume from Greece with full vaccination mandate
Apr 08, 2021
Silversea Cruises plans to sail the Eastern Mediterranean from Greece this June with its newest ship, Silver Moon, in a fully vaccinated environment.