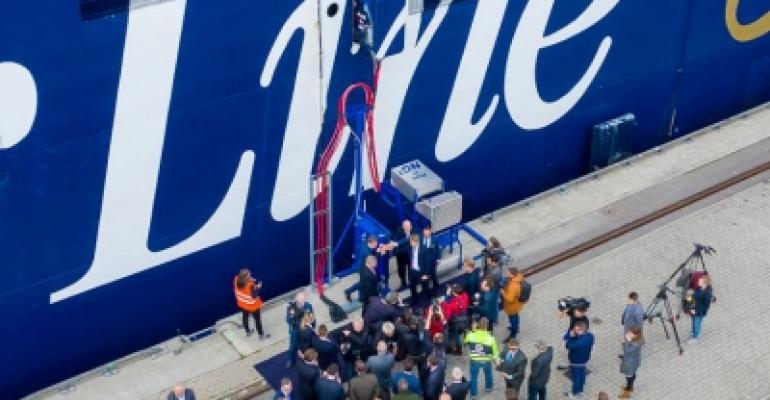 Cold ironing is expected to become significantly more attractive in German ports after the federal government this week agreed to cut the EEG charge for electricity supplied to ships by 80%.

Shore power will therefore become a competitive option for cruise lines. At the same time, cold ironing facilities at ports like Hamburg, among others, could achieve much greater capacity utilisation.

Due to the focus on generating power from renewable sources, electricity tariffs in Germany are among the highest in the European Union, second only to Denmark. Under the Renewable Energy Sources Act, power customers have to pay a special surcharge ('EEG-Umlage'), which has risen steadily since the early 2000s.

Until now, this surcharge has applied to ships, too, making electricity from ashore much more costly than the power generated by a ship's own auxiliary engines. As a result, so far only few lines and ships are using the cold ironing installations available in German ports.

To address this, the federal government has agreed to reduce the EEG surcharge for ships to just 20% of the normal rate. This follows the example of the railways, which also pay a lower surcharge in order to encourage the use of electric rather than diesel locomotives.

It is not known when the ship cost reduction will be implemented, as some regulatory and organisational preparations have to be implemented first. However, it is expected that this will take place within a number of months. Color Line, a Norwegian ferry operator trading between Oslo and Kiel with cruise-like ferries on a daily basis, has indicated the EEG surcharge reduction may encourage it to use the new cold ironing plant at Kiel's Norwegenkai terminal regularly. Other ferry operators and cruise lines are expected to follow.

The German government's step could help increase the capacity utilisation of cold ironing plants already in place. At Hamburg's Altona Cruise Terminal, a pioneer plant became operational three years ago, yet it has been used by only three ships — including, mainly, AIDA Cruises' AIDAsol.

Also, Kiel is investing to get shore power in place. A facility at the Norwegenkai ferry terminal began operating last week, while another installation at the Ostseekai Cruise Terminal is planned to be inaugurated for the 2020 season. AIDA Cruises has just been confirmed as the first user of this facility.