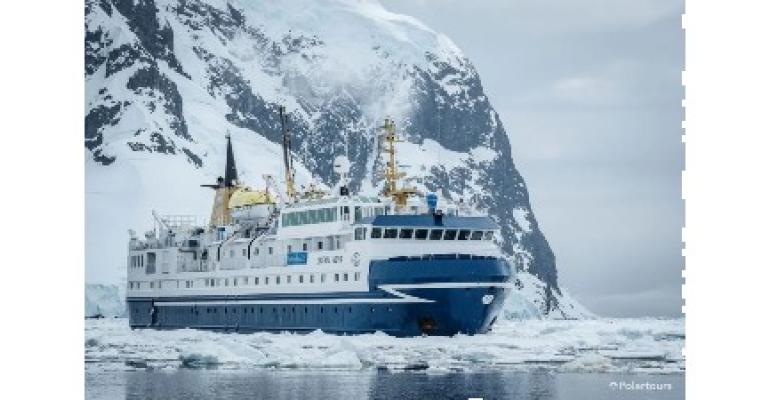 Eyesea is a New Zealand-based nonprofit that has developed a mobile application to crowdsource information on marine pollution. The Eyesea app allows users to take pictures of pollution which are then tagged and placed on maps and charts.

'We think we can help'

'We’re very pleased to be leading the way on an environmental issue that is so important to everyone who sails, both crew and passengers,' said Richard Del Valle, president of Adventure Shipping, the owner/operator of Ocean Nova. 'The case for Eyesea is compelling — very few people have access to the parts of the world we visit, and any data we can collect is of critical importance. With Ocean Nova’s ice class, maneuverability and highly experienced crew, she is often in waters rarely seen by other ships. We think we can help.'

Del Valle cited 'increased demand from expedition passengers to be more directly involved in environmentally focused initiatives. Showing a video on recycling is no longer enough,' he said, 'and, as an industry, we have been waiting for something to be involved in that takes advantage of the uniqueness of expedition cruising.'

Eyesea has collected more than 25,000 pollution report images from all over the world and now has volunteers and partnerships in Chile, the US, Germany, India, Sri Lanka, Canada, South Africa, Brazil, New Zealand, Australia, Uganda, the Netherlands, Norway, the UK, Isle of Man, Greece and Hong Kong.

Eyesea has partnered with a major tech company, providing its pictures to a global pollution imagery database, and has run the first batch of pollution thorough a machine learning platform to identify pollution type and density.

'Eyesea is early stage, but we are excited about the impact of the data gathering, the vast potential of the tech development and the way Eyesea is working with community groups all over the world to record and clean up marine pollution. These are things we should all look to be involved in as much as possible,' Del Valle said.

'For Eyesea, getting the first cruise ship involved is a critically important milestone and we are grateful for Richard and Ocean Nova’s support. It is very easy to just talk about environmental care, but Richard clearly saw there was a very tangible role for the passengers and crew through Eyesea, at sea and onshore.'

The 84-passenger Ocean Nova operates Arctic and Antarctic expeditions. It is a high ice-class expedition vessel built in Denmark in 1992 to sail the ice-choked waters of Greenland. The ship has a fleet of seven Zodiacs that can carry all passengers at once for landings and wildlife-watching.