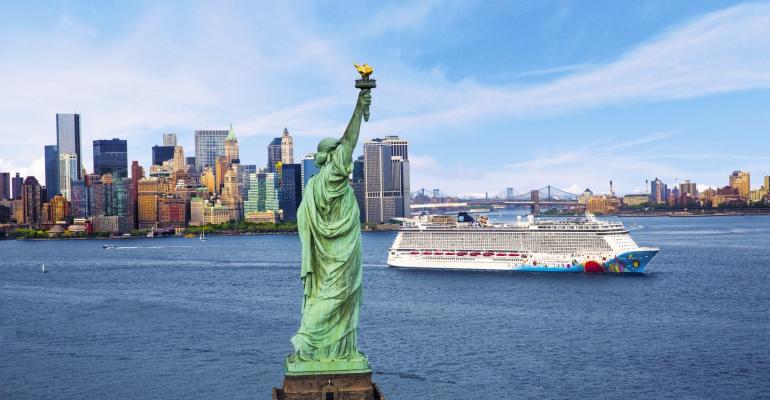 Norwegian Breakway, currently sailing from New York, is scheduled to spend the winter cruise season based at New Orleans

The New York Post said Adams seeks to lease Norwegian Breakaway for at least six months for housing and processing migrants before they enter New York City's shelter program. It would be docked at Staten Island.

NCL confirmed it's been approached about a potential unspecified charter but said no agreement has been reached.

A cruise line spokesperson sent this statement to Seatrade Cruise News: 'The chartering of cruise ships to companies, government entities and other organizations for various uses is a standard business practice across our industry. While we can confirm that New York City has approached us about a potential charter of a cruise vessel, no agreement has been reached and we cannot speculate about the outcome of any ongoing business discussions.'

Norwegian Breakaway is currently scheduled to sail from New York in October and November before repositioning to New Orleans in late November for the winter season.

The Post also said the mayor's office was negotiating the possible use of a Tallink ferry, which previously housed Ukrainian refugees in Estonia.

In recent months thousands of Latin American migrants crossing the US southern border have been bused to cities including New York, which is now considering tents to house them since shelters are filling.