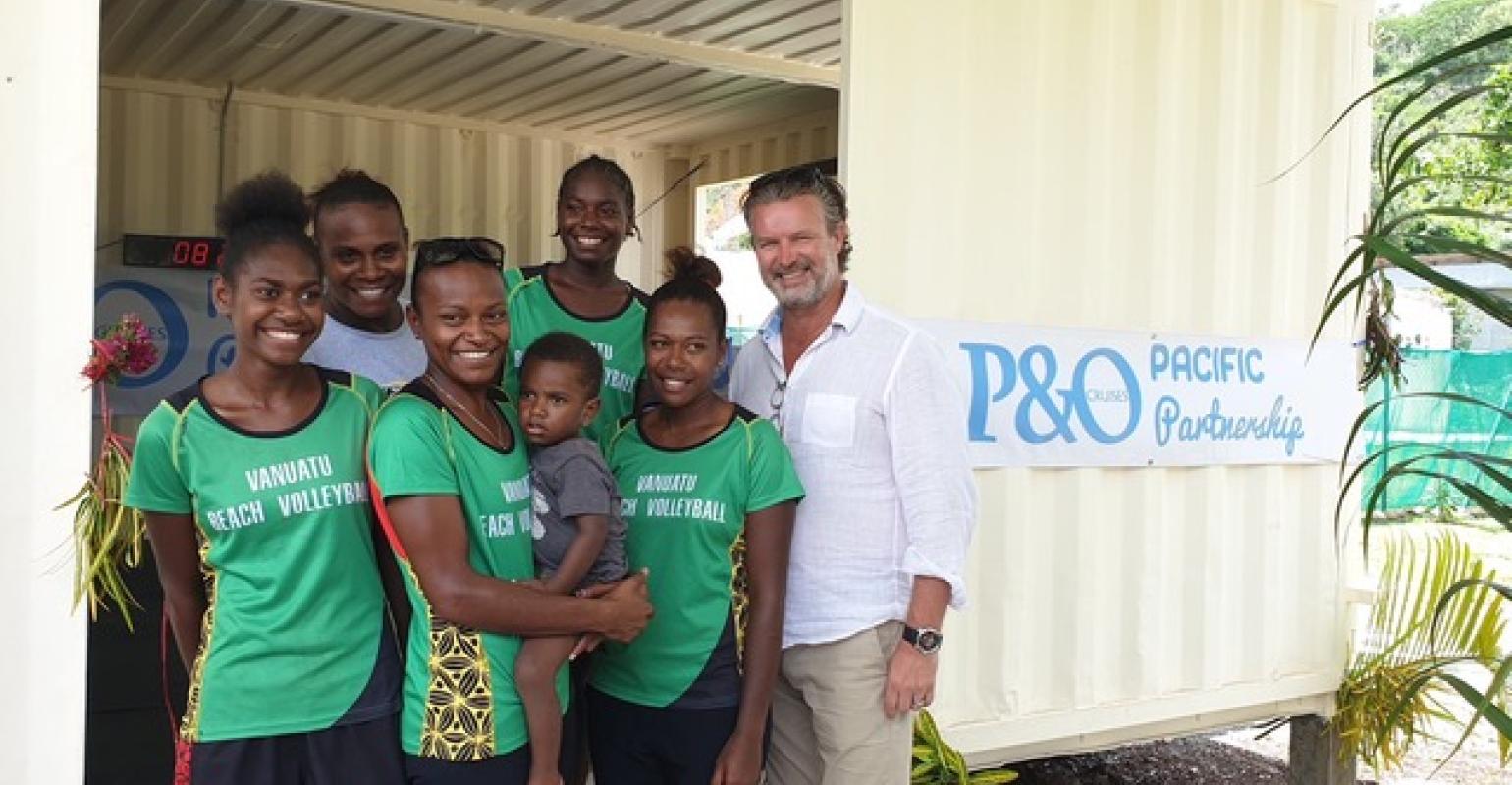 The P&0 Pacific Partnership programme has provided a gymnasium for Vanuatu’s medal-winning beach volleyball women’s team in the leadup to its preparations for the 2020 Tokyo Olympics.

A$1 is donated by each adult passenger to the PPP, which assists community-based activities in places P&O Cruises Australia's ships visit, mostly in Vanuatu and Papua New Guinea.

As reported here, PPP paid for the accommodation for some members of the Vanuatu beach volleyball women’s team at the 2018 Commonwealth Games on Queensland’s Gold Coast where they took home a bronze medal.

P&O Cruises Australia President Sture Myrmell said this was testament to the enthusiasm and commitment of the team and its determination to succeed in top international competition.

‘It is remarkable to think that these women have been competing at such a high level on the world stage without easy access to facilities considered basic by most professional sporting teams,’ Myrmell said.

‘It is little wonder why they have become such wonderful role models in Vanuatu.’

‘Having a gym of our own on site will be such a huge step for us and our development,’ Masauvakalo said.

The gym is comprised of two repurposed shipping containers and a new air-bike and exercise mats have already been installed, with rowing machines and weights to follow. It is also suitable for use by para-athletes.

‘I am incredibly proud that P&O Cruises and our guests have combined to build the gymnasium,’ Myrmell said. ‘It might be a modest gym by many Olympic teams’ standards, but it is a very big step forward for the Vanuatu team, as well as all the other young women who want to become the nation’s next generation of beach volleyball athletes.

The P&0 Pacific Partnership has also been paying for travel and accommodation for the women to attend international volleyball events necessary in their quest to qualify for the Olympics.

‘The women will know in June if they have qualified,’ Myrmell said, ‘but irrespective of the outcome they are winners already.’