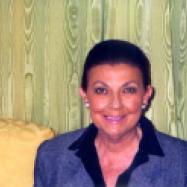 Helen Hutcheon did her cadetship on a shipping magazine and worked in P&O’s Sydney office for seven years as a public relations journalist.

For 19 years she was deputy editor of Travel Week, which was Australia’s leading trade newspaper that covered major local and international industry events.

In 2008 the late legendary Rama Rebbapragada presented her with an award from Royal Caribbean Cruises Ltd ‘in recognition of her outstanding contribution to the cruising industry.’

In 2010 she won the Neil Frazer Award for ‘outstanding contribution to the cruise industry,’ elevating her to CLIA Australasia’s hall of fame.

New Zealand’s cruise ship ban to be lifted at end of July
May 11, 2022
International cruise ships will be allowed to return to New Zealand, with the country’s maritime borders reopening July 31 after two years.

Ponant partners with Paspaley Pearls for 2023 Kimberley cruises
May 05, 2022
Le Ponant passengers will benefit from an exclusive partnership between Ponant and one of the few companies that still dives for wild pearl oysters, Paspaley Pearls, when the ship begins sailing in the Kimberley next...

Aurora Expeditions' new CEO to take up post in June
Apr 27, 2022
Michael Heath, who has replaced Monique Ponfoort as CEO for Aurora Expeditions, will take up his new position on June 1.
Load More