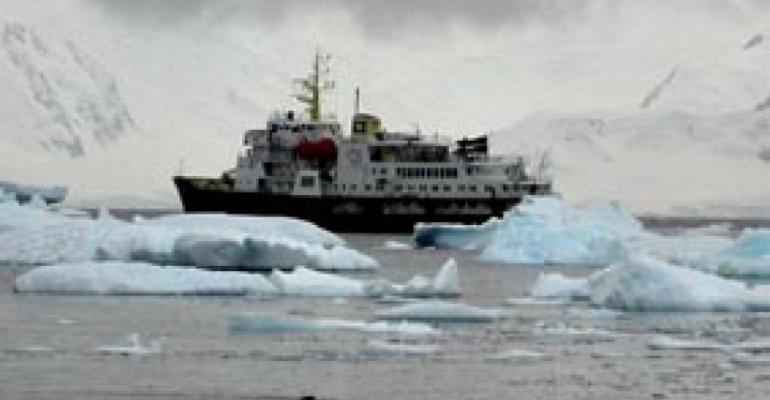 Sharing historical depth soundings should enhance navigational safety in polar regions
The Association of Arctic Expedition Cruise Operators (AECO) and the International Association for Antarctica Tour Operators (IAATO), in cooperation with Lindblad Expeditions, have found a way for cruise operators to share years of depth soundings from the Arctic and Antarctica. This should help enhance navigational safety in polar waters.

For a long time AECO and IAATO have working to find a useful hydrographic crowdsourcing system, where historical and future data from soundings can be easily and pragmatically shared. After several years of assessments and taking part in different crowdsourcing trials, the associations said a solution has been found to share seafloor depth information.

Existing crowdsourcing systems make sharing of depth soundings possible from the day the system is installed. The challenge has been to find a way to share historical data. Cruise ships that have been operating in Antarctica and the Arctic for decades have been accumulating large files of depth soundings. The project found a way to exploit these valuable data.

Capt. Leif Skog of Lindblad Expeditions, a long-time IAATO member and one of the founders of AECO, took the lead in this effort. 'It has taken considerable work and time to set up this system but now 10 years of continuous, historical, hydrographic data are available, including hundreds of mud maps from the Arctic and Antarctica covering most expedition destinations,' he said.

In some areas of Antarctica and the Arctic, official charts are limited and these historical crowdsourcing files are considered extremely valuable supplements to the official hydrographic charts.

'We are very happy that the industry associations, through joint effort and cooperation, are able to contribute to enhancing safe navigation in polar waters,' said IAATO executive director Kim Crosbie. She noted the work complements a previous initiative by IAATO member Stephen Wilkins of the yacht Xplore, who worked with the French Hydrographic Office to produce a cost-effective series of charts for the Antarctic Peninsula last year.

For this new initiative, coverage includes areas in the Antarctic Peninsula, Svalbard, Greenland and some other Arctic areas. 'Arctic operations cross borders and cover a huge area. We are very glad that the industry can add to the national efforts on sea- chartering in this way,' said AECO executive director Frigg Jørgensen.

The sharing of historical depth soundings is available to AECO, IAATO and relevant authorities.