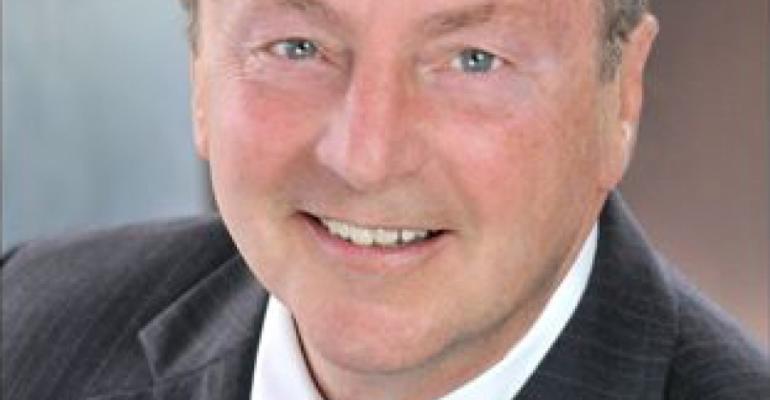 Jack Anderson looks back on his four years at Crystal Cruises as 'the best job in my entire life. I really, really loved the product and the people that worked there and the opportunity I had working there.'

Anderson started in July 2011 as svp marketing and sales and was promoted to vice chairman in 2013. His last day was a week ago.

'Jack, supported by his marketing and sales team, made valuable contributions towards Crystal's sales growth, including the initiation of the "Book Now" pricing strategies, the development and launch of the line's worldwide itineraries and the sales efforts that have supported these initiatives,' Crystal president and ceo Edie Rodriguez said. She added that the company wishes him well with his new endeavors.

Crystal was just voted 'World’s Best' Large-Ship Cruise Line by Travel + Leisure readers for an unprecedented 20th year in a row—a feat not equaled by any other cruise line, hotel or resort.

Anderson said anything he accomplished in his four years was 'totally a world's best cruise team effort.'

He cited people including past president Gregg Michel, who hired him, and former chairman Nobuyoshi Kuzuya, his most recent direct boss, along with veterans Thomas Mazloum, Nitsa Lewis, Eric Graves, Philip Ordever, Jeanne Underwood, John Stoll, Toni Neumeister, Brett Bullock and all the others in the Los Angeles office and the captains and crew on the ships.

When Anderson joined in 2011, the company was losing money and like all cruise operators, still struggling to recover from the global recession. Two years later, Crystal had achieved a $50m turnaround.

'Revenue and profitability increased again in 2014 and again in 2015,' he said. 'For 2016, more than 60% of our planned revenue is already on the books. Most cruise lines shoot for 50% to 55% at year-end [for the coming year]. The trajectory of improvement wasn't a one-year thing.'

Until 2011, Crystal had included air in its pricing. That changed to cruise-only and all-inclusive in 2012, with gratuities, liquors and wines. A new advertising agency was hired and the 'Begin A New Story' campaign and tagline were launched.

To create a sense of 'scarcity and urgency,' 'Book Now' pricing was introduced and 'religiously for the last two years, every two months pricing has increased—not always on every voyage but on average well over 20 voyages,' Anderson said.

Crystal also created a statistical model harnessing historical data to enable the line to analyze, as much as two years ahead of the cruise departure, if sales were on pace.

Another change was moving from the last of the luxury lines to go to market to releasing itineraries and pricing four to six months earlier each successive year.

'We're now out over three years in advance, which gives us great benefits,' Anderson said, including the ability to lock in the business of incredibly loyal Crystal Society members, who book a year or two in advance. Plus, a three-year lead is good for group and incentive business. This year, for the first time, Crystal is publishing a brochure covering two full years, 2016 and 2017.

From mostly 12-day itineraries, the line diversified to add nine-day, seven-day and a few even shorter stints, vastly expanded destinations and, for most cruises, switched to overnighting in the embarkation port, relieving the stress of flying in on departure day and giving travelers time to experience great embarkation cities like Rome.

Itinerary innovations included introducing a 32-day Northwest Passage cruise for 2016 that sold out in two weeks at an average price of $1,000 per day and has 700 people wait-listed. And, for 2018, there will be four world cruises, with Crystal Symphony and Crystal Serenity operating two each, and meeting in Sydney mid-way where travelers can switch from one ship to the other if they wish.

'That's an industry first,' Anderson said. 'No other cruise line has four world cruises in a year.'

In recent years Crystal's itinerary planning has been marketing-driven, starting with Anderson's team defining the goals and working in a close collaboration with Thomas Mazloum's operations group and John Stoll crafting shore experiences.

Almost a year ago free Internet was introduced for Crystal Society members 'so all our guests with the second cruise get it.' Many lines now offer on-board credit; Anderson thinks that only Crystal, at least among its luxury peers, allows the credit to be used in the casino. This was complex to set up but 'it provides more choice and greater value.'

Amid all the changes and while raising occupancy and pricing, Crystal has been 'extraordinarily fortunate' that its 'world's best' product delivery hasn't wavered, Anderson said.

When he was recruited by Gregg Michel, Crystal needed to grow but owner NYK couldn't justify that if the brand wasn't profitable. 'Gregg was looking for someone with executive experience in the luxury sector who could help turn things around ... What made it all possible was that group of people across sales, marketing, marine ... Everyone bought into a shared vision that we could move quickly, innovate, restore profitability and still be the world's best.'

Anderson is very proud of what was accomplished and wishes the company the best under its new owners, Genting Hong Kong.

Because it didn't seem right to look for a new job while working for Crystal, he hasn't lined up something else but definitely wants to stay in the industry. 'I love what I do and I have great energy,' Anderson said.

He's already been approached by three companies about projects. 'But ultimately I hope and believe I'll find something where I can add value to a luxury hospitality venture,' Anderson said. 'In the meantime, I could not be happier.'

He and his wife live in Key West, 'a very good-mood place,' where Anderson fishes from his own small boat—last night's dinner was fresh red snapper—and he's counting the days to lobster season.

'I have the utmost respect for Jack,' he said, going back to the days when 'he almost single-handedly transitioned Windstar into Holland America Line and it ran smoothly.' While at Carnival Corp. Anderson worked on cross-marketing initiatives at a time when the operating companies were fiercely independent.

Thornton views Anderson as 'very insightful and very thoughtful. He thinks things through very well and he communicates well. And in sometimes difficult waters, he's been able to get things done.'

Anderson marvels at cruising's ballooning newbuild orderbook and predicts there will be new companies entering the market in the next three to five years.

'I think others will look at Virgin and say "I could do that,"' he reckoned, adding there may also be private equity groups that pick up older ships and build brands, as in the case of Windstar, one of his early lines that is having a renaissance.