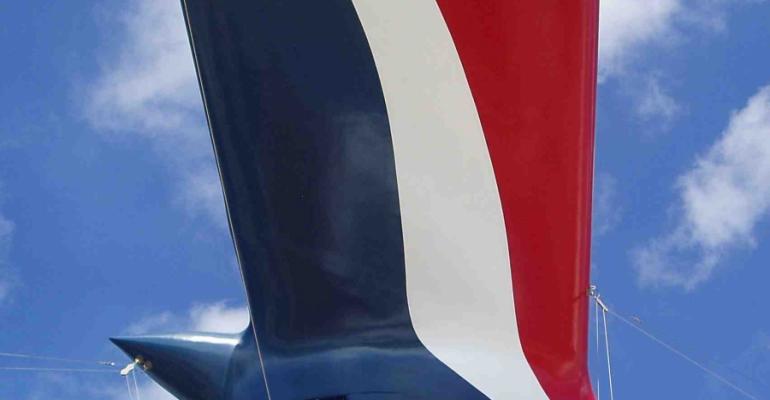 Higher on-board spending, outperformance by the Carnival Cruise Line brand and strength in Asia got Carnival Corp. & plc's 2015 off to a 'strong start.'

'The year is off to a strong start achieving significantly higher earnings than the prior year and our previous guidance. Our on-board revenue initiatives drove particularly strong improvement in the first quarter with on-board yields more than 8 percent higher than prior year (constant dollar),' Carnival Corp. & plc president and ceo Arnold Donald said.

On a constant dollar basis, net revenue yields increased 2% in Q1, better than the company’s December guidance of flat to up 1%. Net cruise costs excluding fuel per available lower berth day rose 2.4% in constant dollars, mostly due to higher drydock costs and advertising expenses and undershooting December's guidance of up 5.5% to 6.5%, mainly due to the timing of expenses between quarters.

Gross cruise costs including fuel per ALBD in current dollars fell 9.6% due to changes in fuel prices and currency exchange rates. Fuel prices declined 38% to $406 per metric ton for Q1 from $654 per metric ton in Q1 2014. Fuel consumption fell 3.7%.

'We are experiencing an ongoing improvement in underlying fundamentals based on our successful initiatives to drive demand. Our efforts to further elevate our guest experience are clearly resonating with consumers and, notably, improving the frequency and retention of our loyal guests,' Donald said.

He cited Carnival's multi-brand marketing campaign building up to a Super Bowl commercial and response to the introduction of P&O Cruises' Britannia, named by Queen Elizabeth, as drawing attention to cruising.

Net cruise costs excluding fuel per ALBD for full year 2015 are projected to be up 2% to 3% on a constant dollar basis, which is better than December guidance of up 3%, mainly due to the favorable currency impact.

Since December, unfavorable changes in currency exchange rates (constant currency) have reduced full year 2015 earnings expectations by $219m, or 28 cents per share. However, this impact has been significantly offset by the improvement in the company’s operating performance, resulting in just a nickel reduction to the midpoint of December guidance.

'Consistent with many global companies, the strengthening of the US dollar has hampered our full year earnings expectations, masking the 3 to 4 percent (constant currency) yield increase our collective brands are expecting to achieve,' Donald said. 'Our successful initiatives to drive both ticket and on-board revenue yields have improved our financial performance and we remain on track toward our goal of achieving double-digit return on invested capital in the next three to four years.'