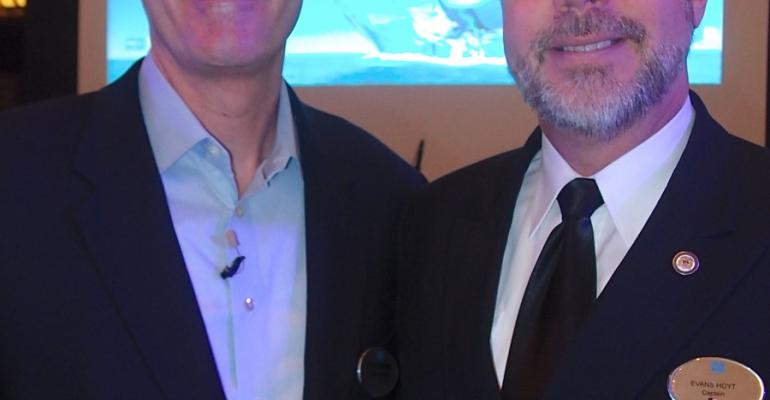 President and chief operating officer Drew Madsen announced the appointment during the unveiling of new dining and entertainment features that will be aboard Norwegian Escape.

'This is a high point of one's career ... To be chosen is a big honor,' Hoyt told Seatrade Insider.

Hoyt is currently commanding the New York-based Norwegian Breakaway and soon will be heading to Meyer Werft to oversee the completion of Norwegian Escape, due to enter year-round service from Miami in November.

Norwegian Escape will be the sixth of the line's vessels Hoyt has commanded, starting with Pride of America in Hawaii in 2005. He is one of the few US captains in the international cruise industry.