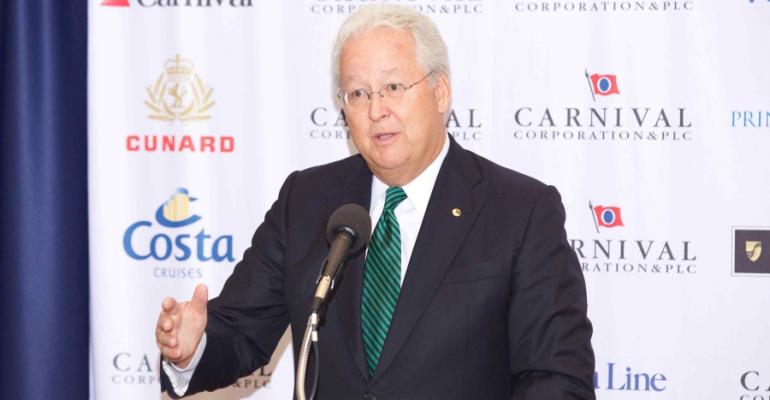 By year's end, Carnival Corp. & plc—with a fleet of more than 100 ships—will have saved more than 1bn gallons of fuel and cut carbon emissions by 12bn kilograms over a seven-year period.

A fuel conservation program will have improved overall efficiency by a hefty 24% compared to 2007, while saving approximately $2.5bn in fuel costs, the company’s single biggest expense.

'Sound environmental stewardship is expected by our guests and vital to our relationships with port communities. It is the right thing to do,' Dow said before a group of 80 key US tourism officials as well as ambassadors and other diplomats from across the Americas, including Caribbean and Latin nations where Carnival operates ships.

Last year the company announced the installation of exhaust gas cleaning systems, or scrubbers, and subsequently expanded the project to cover 70% of its fleet at a cost of $400m. Carnival is using the ECO-EGC system, which it has helped develop.

'These efforts significantly improve air quality, which is the primary goal,' Dow said. 'But they also reduce energy consumption, and save money in the bargain.'

Carnival said it intends to expand the 20% of ships equipped for cold ironing as more ports offer the ability to connect to shore power. The company also continues to develop its ability to use alternative fuels.

Driven largely by its energy and fuel conservation efforts, Carnival said it is now in a position to exceed its multi-year goal of cutting carbon emissions 20% by 2015.