The case of the missing ashtrays 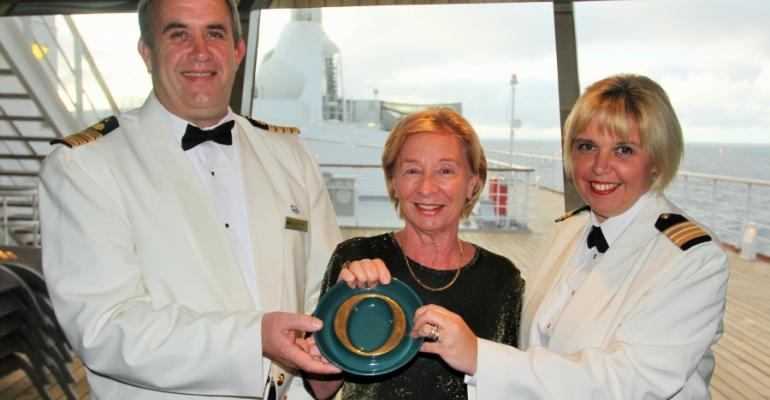 When Orient Line’s Oriana sailed from Southampton on December 3, 1960, on her maiden voyage to Australia after her christening by Her Royal Highness Princess Alexandra, she had the most elegant ashtrays afloat.

They were sea-green with lips in the shape of a large golden O for Oriana and Orient Line (later P&O-Orient Lines).

They were so attractive that by the time a Seatrade Cruise Review correspondent boarded in Melbourne for the leg to Sydney there wasn’t an ashtray to be found. They had all been collected by passengers wanting a souvenir of their voyage.

Now, 55 years later, one of the original ashtrays has been returned to P&O Cruises Australia.

New Zealanders Susan and Sean Gardiner, who sailed in Pacific Eden on her inaugural voyage from Fremantle to Sydney last month, presented the ashtray to the ship’s master, Capt. Chris Norman.

How Mrs Gardiner, who found the ashtray while cleaning out cupboards, came by the ashtray remains a mystery. She did say she visited Oriana as a teenager when the ship came through Auckland.