Concordia expected to be towed by end June, 405 safes have been removed 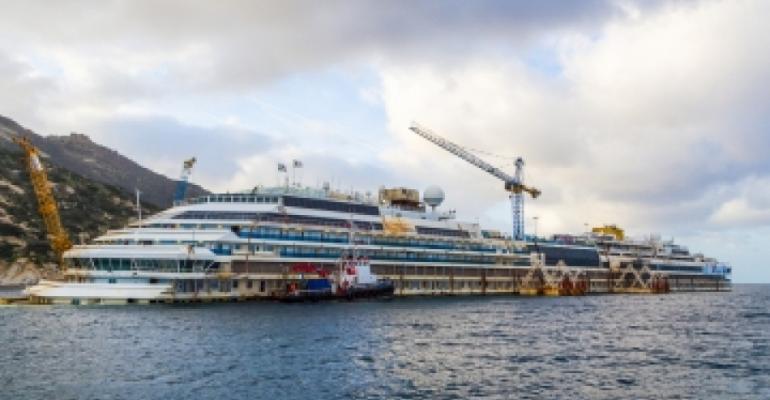 Wreck is holding stable
Costa Concordia is expected to be removed from Giglio Island by the end of June, officials said Saturday in an update provided to residents. Meanwhile, the wreck remains stable on its artifical seabed, and sponsons needed for the refloating are planned to be installed in April. Also, hundreds of safes have been recovered from passenger accommodations.

Some 405 safes have been removed from the dry cabins on board the wreck under the authorization of the judicial authorities, according to The Parbuckling Project. The contents will be inventoried and returned to their owners.

The ship is holding stable on its artificial seabed, monitored around the clock by systems that have not detected any significant movement since the minor shifts registered in the 15 days following the parbuckling in September.

Operations to secure the wreck for the winter are almost completed, with the last details to be finished this week.

Work continues at shipyards in Livorno and Genoa to prepare the 15 sponsons that will be positioned on the wreck's starboard (land) side and the remaining four on the port side. These will be used to refloat the vessel. Installation of the sponsons is expected in April, following the completion of work on the damaged starboard expanse of the hull.

The schedule projects the wreck to be towed by the end of June.