Conover is new chief executive of The World 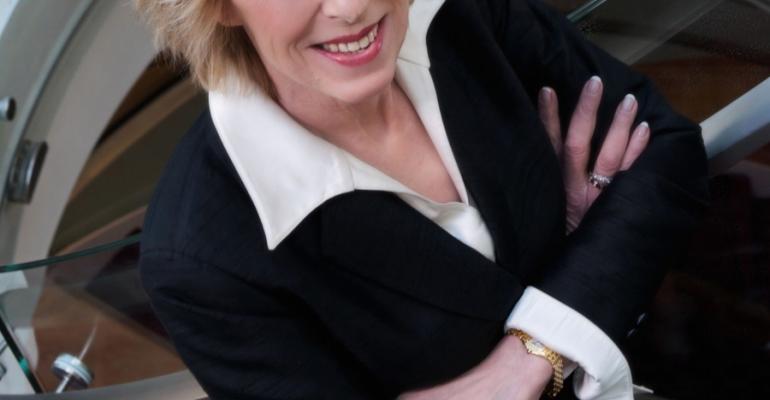 Pamela Conover - has held top roles at a number of cruise lines
Veteran senior cruise executive Pamela Conover has been tapped to lead The World as president and ceo. Reached by phone on Friday, she told Seatrade Insider: 'I'm very excited by this unique opportunity.'

She starts Tuesday but has already been on board to meet the residents.

At The World, she succeeds Tom McAlpin, who left several months ago to head the Virgin Cruises startup. He had helmed the residential community at sea since July 2009.

The World conducted a search for his replacement.

Conover most recently was chief executive of SeaDream Yacht Club, until December 2013. Earlier she was president and ceo of Seabourn during the introduction of the Odyssey-class ships and, as president of Cunard, she ushered Queen Mary 2 into service.

She also held corporate positions at Carnival Corp. including svp shared services and vp strategic planning. Her first cruise line role was chief executive of Epirotiki in Greece. Earlier in her career at Citibank, Conover was instrumental in the financing of many cruise newbuilds.