From costs to ports to demand, Fincantieri makes the case for China 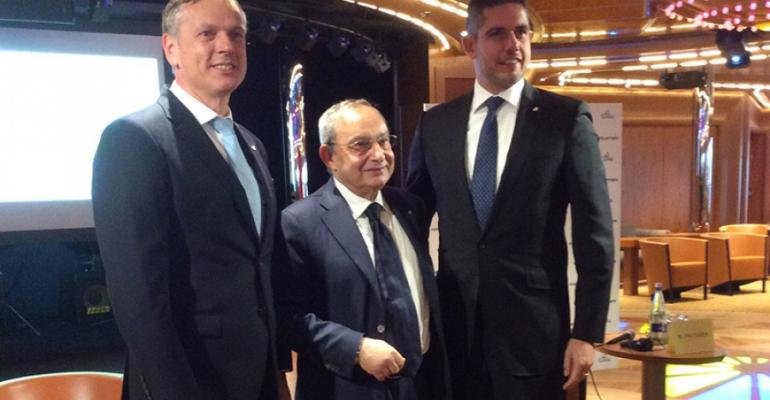 Domestic cruise operators in China who want to order a ship at a Western shipyard would have to pay a 30% tax on the vessel price, Fincantieri noted in a briefing about its decision to explore possible joint ventures with China State Shipbuilding Corp. and Carnival Corp. & plc to develop a domestic cruise brand.

Fincantieri cited the Chinese Ministry of Transport's projection for about 4.5m  cruisers in 2020, which could put China second after the US as a source market. (A variety of estimates, both lower and higher, were floated this week at Cruise Shipping Asia-Pacific in Hong Kong.)

The Italian shipbuilder noted China's cruise market is currently developing on international routes, while a national cruise line could offer domestic itineraries. However, Chinese operators are not allowed to use second-hand ships that are more than 10 years old on domestic routes.

China's Ministry of Transport has designated four hubs for cruise traffic. Tianjin, the gateway to Beijing, serves the routes to Japan, Korea and Eastern Siberia. Shanghai is a base for cruises to Japan, Korea, Hong Kong, Taiwan and Macau. Xiamen and Sanya serve Southeast Asia and Taiwan.

At Dalian, Shenzhen and Guangzhou, the projects are more advanced. And Qingdao's port could be operative in 2015, while in Guangzhou, work on the Nansha International Cruise Homeport could begin by the end of this year.

The Carnival group's presence in China includes Costa Victoria, Costa Atlantica and Sapphire Princess, with Costa Serena to join the lineup in April.

'We are very optimistic about the Chinese market. We are still at the beginning,' he said.