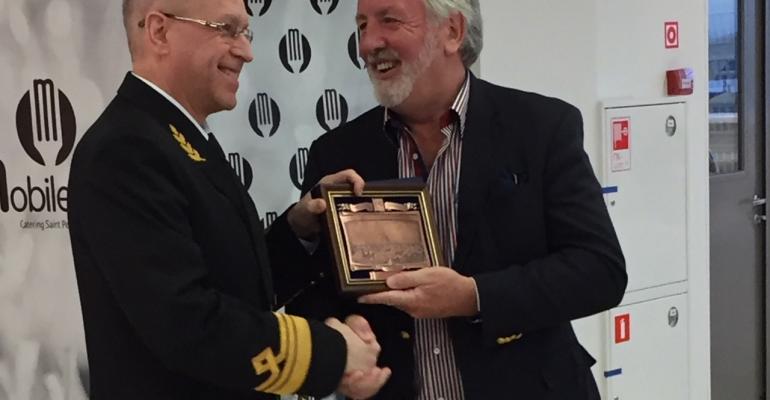 The Passenger Port of St Petersburg Marine Façade hosted Cruise Europe Tuesday evening in one of its four terminals as around 140 delegates from North European ports and destinations, their service providers and media gathered in Russia for the association's annual conference.

St Petersburg, described as the jewel in the Baltic’s crown, boasts four terminals and seven berths for handling cruise ships.

The cruise port, designed to handle up to 18,000 passengers a day, chalked up a record 17,921 passengers on one day last year. The season currently lasts from end April to late October.

Cruise traffic has been rising since the introduction of a 72-hour visa on arrival for passengers visiting on cruise ships as long as they visit the city and its surrounds on official organised tours.

Some 581,422 visitors arrived by cruise ship last year and a 20% growth is anticipated in 2018. On 35 days this summer, all berths will be fully utilised.

Thirty-three hectares in size, around a third of the port area is allocated for tour buses which can number up to a 1,000 on busy days. They are parked when the ships arrive and often return multiple times through the ship's stay which, in most cases, numbers one or two nights such is the rich tourist attraction offering in the city itself and its surrounds.

With ships getting bigger, the port is looking at extending the length of its quays 100mtr by adding dolphins and is working with the federal agencies to better manage access for ships and the total passenger experience, utilising some of the surrounding land in the port area, said Vadim Kashirin, dg of Passenger Port of St Petersburg Marine Façade at tonight's dinner.

Cruise Europe chairman Michael McCarthy thanked Kashirin and the port for their hospitality and hosting of the port association's annual conference.

St Petersburg’s cruise traffic is almost entirely transit although an occasion small ship has done a turnaround and Princess Cruises is set to do partial (between 100-200 passengers a visit) turnarounds in St Petersburg on its dozen 11 day Baltic cruises this summer.

The Hermitage the biggest draw for cruise passengers

Most popular city tourist attraction is The State Hermitage Museum which houses over 1m works of art, over 1m coins and medals, 784,000 plus archeological artefacts and covers over 233,000 sq mtr.

Four years ago a new exhibition space was created in the east (Rossi) wing of the General Staff Building on Palace Square containing Italian Sculpture of the 20th century, 19th century European art and a floor dedicated to works by the Impressionists and post-Impressionists, where cruise line executives attending the Cruise Europe conference had a VIP tour this afternoon.