Cunard speakers range from presidents to actors to royal-watchers 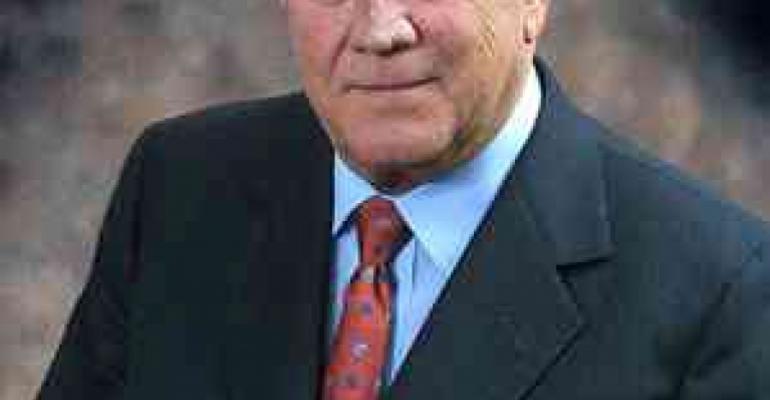 De Klerk, scheduled for Queen Mary 2's world voyage segment from Port Elizabeth to Cape Town, April 15-17, 2015, was South Africa's president from September 1989 to May 1994.  He was the seventh and last head of state under the apartheid era. De Klerk brokered the end of apartheid and supported the transformation of South Africa into a multi-racial democracy. He won the Nobel Peace Prize in 1993, with Nelson Mandela.

As the son of a professional racing motorcyclist, Walker was born into the world of motor sport. For the BBC he first commentated on the 1949 British Grand Prix and since then has traveled the world for the BBC, ITV, Sky TV and other television organizations. Walker is booked for Queen Victoria's Nov. 9 'Canary Islands Explorer' cruise, 14 days, round-trip Southampton.

Actor Powell's 45-year career includes 'Doomwatch,' 'Jesus of Nazareth,' 'The Detectives' and 'Holby City' on television; 'Mahler,' 'Tommy' and 'The 39 Steps' in films; and 'Hamlet,' Tom Stoppard's 'Travesties' with the RSC and numerous other stage productions. Powell is scheduled for Queen Mary 2's world cruise segment from Civitavecchia to Dubai, Jan. 17-30, 2015.

Journalist Kate Adie, OBE DL, was chief news correspondent for BBC News and known for reporting from war zones around the world. She currently presents 'From Our Own Correspondent' on BBC Radio 4. Adie is scheduled to sail trans-Atlantic aboard Queen Elizabeth, Jan. 10, 2015, Southampton to New York.