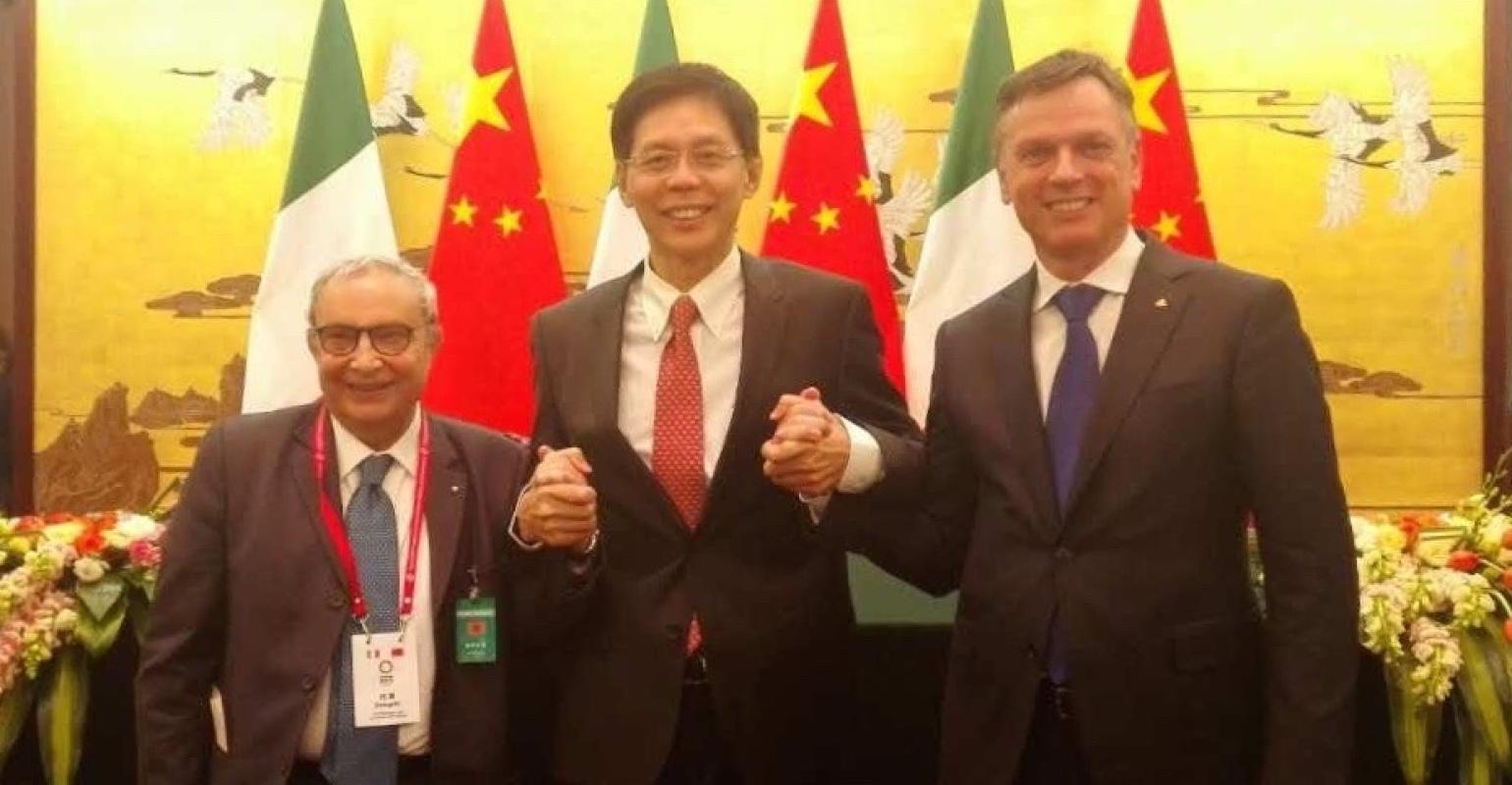 Fincantieri's Giuseppe Bono, CSSC president Wu Qiang and Carnival Asia's Michael Thamm celebrate the order at the Great Hall of the People in Beijing
Carnival Corp. & plc, Fincantieri and China State Shipbuilding Corp. (CSSC) advanced their plans to build cruise ships in Shanghai for the Chinese market by signing a binding memorandum of agreement for two newbuilds with an option for four more.

This updates the terms of last September's non-binding agreement to construct 133,500gt ships at Shanghai Waigaoqiao Shipbuilding Co. and increases the options from two to four.

The deal, subject to several conditions, is valued at approximately $1.5bn for the first two ships. The first delivery is now expected in 2023, not 2022.

The ships will be built at Shanghai Waigaoqiao Shipbuilding, a CSSC Group facility. Their design will be tailored for Chinese travelers and for the new Chinese cruise brand of the joint venture among Carnival Corp., CSSC and CIC Capital, which will also operate the vessels.

'We are proud to be able to order the first China-built cruise ships and play a leadership role in developing cruise shipbuilding capabilities for the first time in China,' said Arnold Donald, president and ceo, Carnival Corp. & plc. He called the deal 'another important milestone in building a sustainable and prosperous cruise industry,' and said it demonstrates Carnival's commitment to helping China become a leading cruise market as part of its five-year economic development plan.