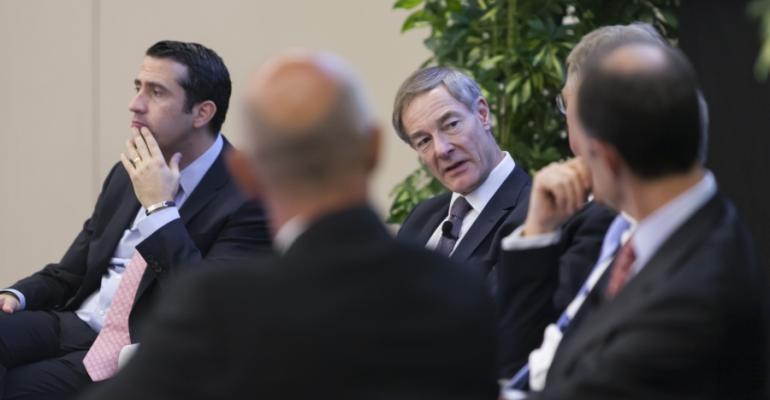 Carnival UK's David Dingle told how his new chairman's role allows him to give more time to key areas from government to newbuilds, urged port groups and cruise associations to work closely, and discussed European market recovery and opportunities for Cunard in Asia.

In an interview Dingle told Seatrade Insider his move to chairman after serving as Carnival UK ceo for seven years 'allows me to do things I enjoy most'—spending 'a lot more time on external affairs, initiating forward-facing reputation building, working in government and politics, strengthening relationships with trade associations and devoting more time to the company's newbuild plans.'

Plus, he can do 'a lot more to help corporate and investor communications which is helping the whole of Carnival Corporation.'

Concerning industry groups, Dingle said trade associations look inward to issues but also outward to government. 'We have to think how does government look at us?' he said, adding that it's important to have strong port organizations focused on cruising, but equally there's a need for all stakeholders to come together.

'It's vital that cruise associations and port associations are joined at the hip,' Dingle stated. 'There's a role for both and with utter and total collaboration there's an opportunity to co-exist.'

Concerning European market recovery, 'In brands where there were challenges, we really are coming back ... Things are going in a good direction,' he said, adding, though: 'We always want key markets to be stronger.

'There's a sense economic recovery is going on. We're starting to see a good, strong economy in the UK.'

The Spanish economy has bottomed out, and there are 'seeds of recovery.' In Italy, things are looking better though it's hard to distinguish between the challenges of Costa Concordia and the economy. And 'Germany remains a wonderful engine of growth,' as Dingle put it.

British luxury brands hold strong appeal in the Japanese and Chinese markets. There is growth for Cunard from a relatively low base of business. Shorter Mediterranean cruise sectors were specifically designed to attract Chinese and Japanese customers, he said.