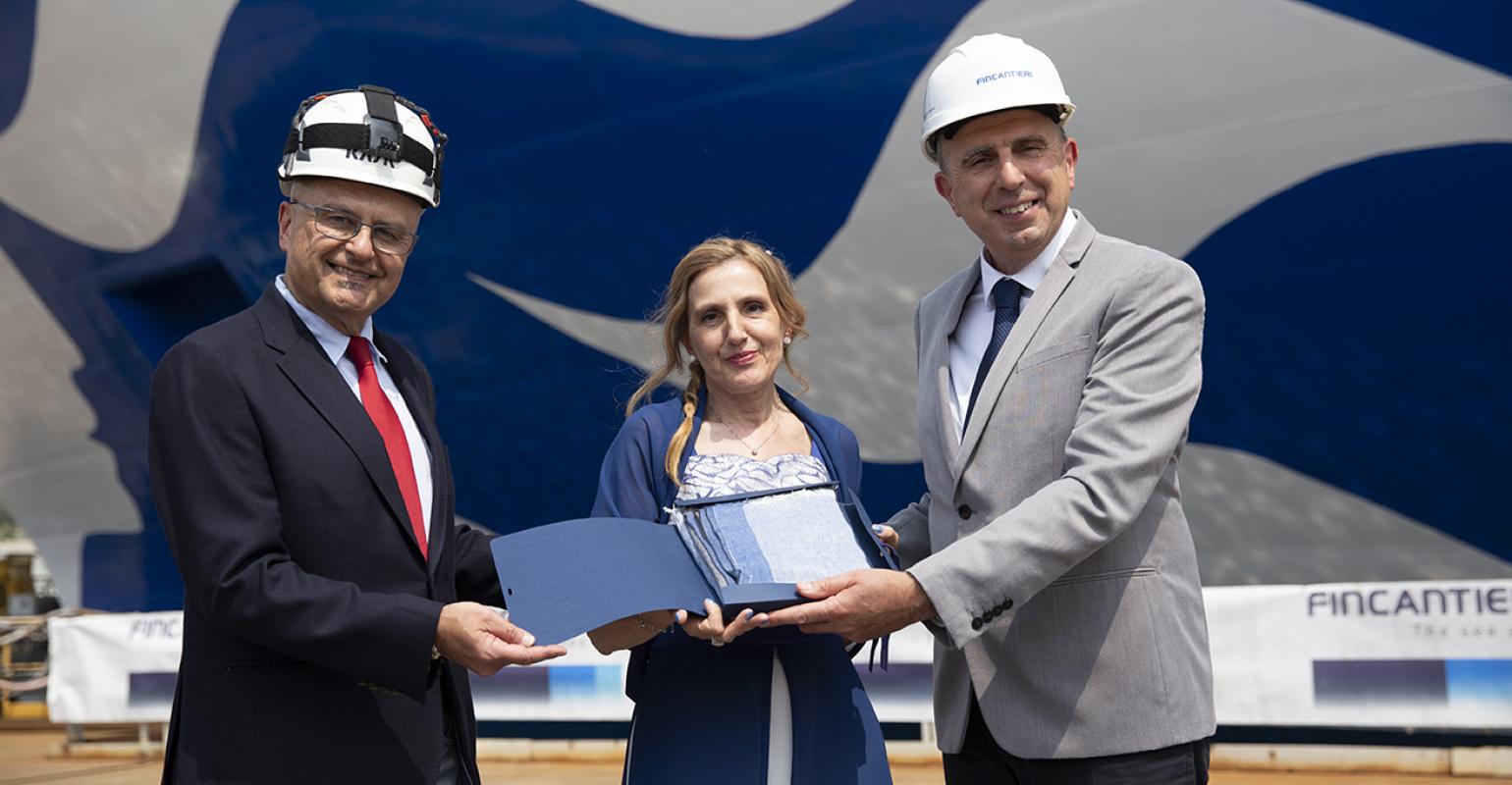 The 145,000gt Enchanted Princess is scheduled for 2020 delivery. It follows the upcoming Sky Princess, Majestic Princess, Regal Princess and Royal Princess, all built at same shipyard starting in 2013.

The ceremony was attended by Firouz Mal, director newbuild services for Princess, while Fincantieri was represented by Monfalcone shipyard director Roberto Olivari, among others. The ceremony's godmother was yard employee Marinella Cossu.

The partnership between the Monfalcone yard and Princess Cruises will continue with two next-generation cruise ships, to be the largest built so far in Italy at 175,000gt. They are due for delivery at the end of 2023 and in spring 2025. Each has approximately 4,300 lower berths.

They will be the first in the Princess fleet to be dual-fuel powered, primarily by LNG.

Fincantieri has built 92 cruise ships since 1990, including 66 for Carnival Corp. & plc, with 16 of those for Princess. Another 54 ships are currently being designed or built in the group's yards.