A first sight of Saga’s Spirit of Discovery 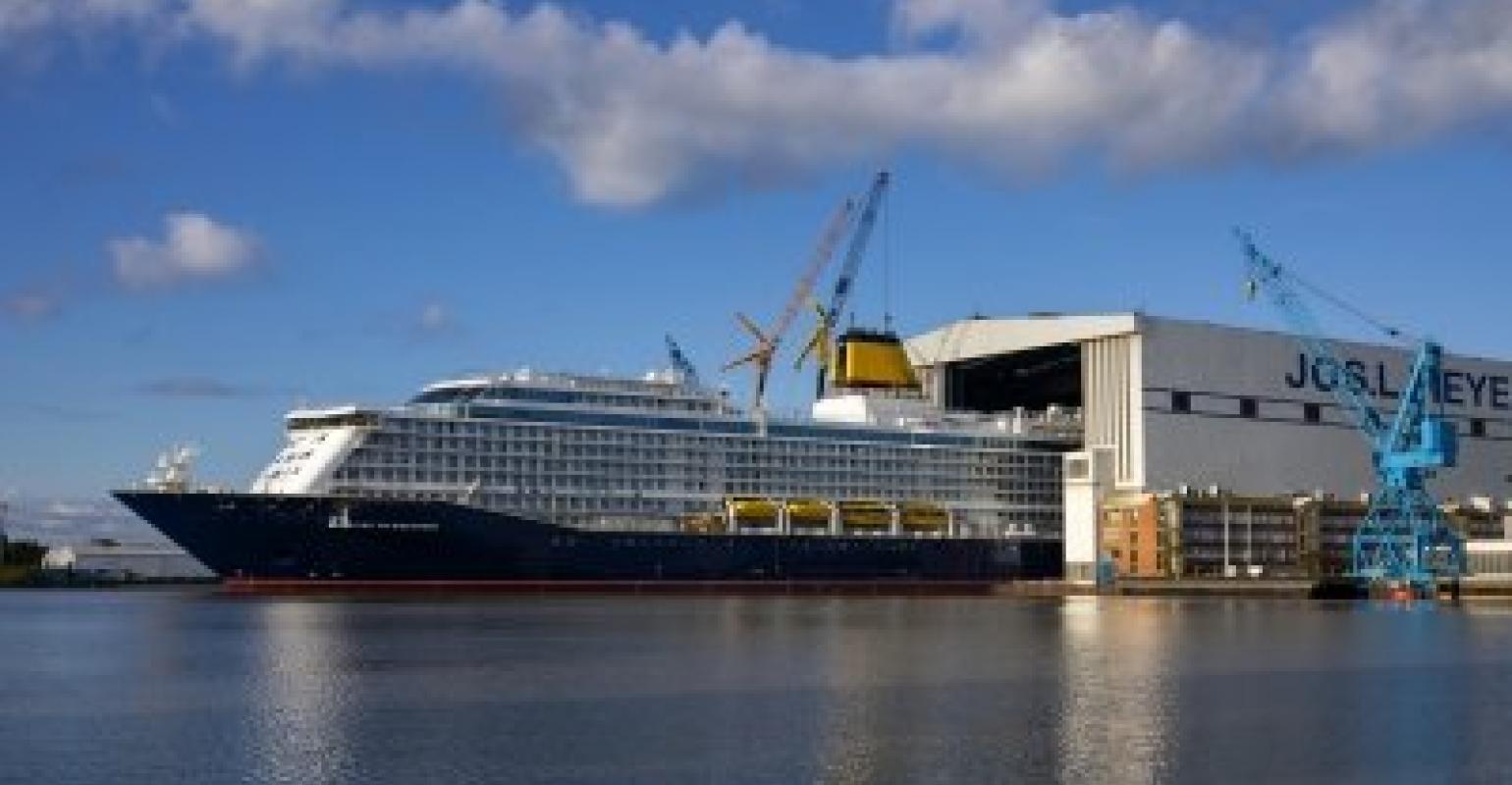 A first glimpse of Saga's new ship
Saga’s newbuild Spirit of Discovery, emerged from Meyer Werft’s building hall on Sunday. The float out occurred early Sunday and later in the day the new ship moved to a nearby quay where she will undergo further testing.

Towards the end of May, Spirit of Discovery will be towed along the River Ems, from Papenburg to Emden, before commencing sea trials in early June.

Spirit of Discovery will sail with a maximum 999 guests and 523 crew, flying the Red Ensign. When Saga takes delivery of the ship on June 20, she will be registered in the UK and display London as her port of registry on her stern.

All the architectural and interior design has been created by UK based agency SMC. Over 400 pieces of original British art will be amongst more than 1,000 total artworks, many of which have been created by artists working in Britain today. A host of independent British suppliers, including Hush Heath wine producers of Kent, will serve their produce to guests onboard the ship.

Keel laying for next newbuild

Nigel Blanks, COO, Saga Cruises said: ‘This is a major milestone for Saga Cruises and for the future of the company. Spirit of Discovery has been meticulously designed for our customers and to epitomise Saga’s unique British boutique cruising concept. We’d like to thank everyone at Meyer Werft, and look forward to the keel laying of Spirit of Adventure, on June 3, as we start the construction of our next ship for the British market.’

The 58,250gt ship will be named in Dover on July 5 and inaugural cruise, commencing on July 10.

Spirit of Adventure, is planned to enter service in 2020.