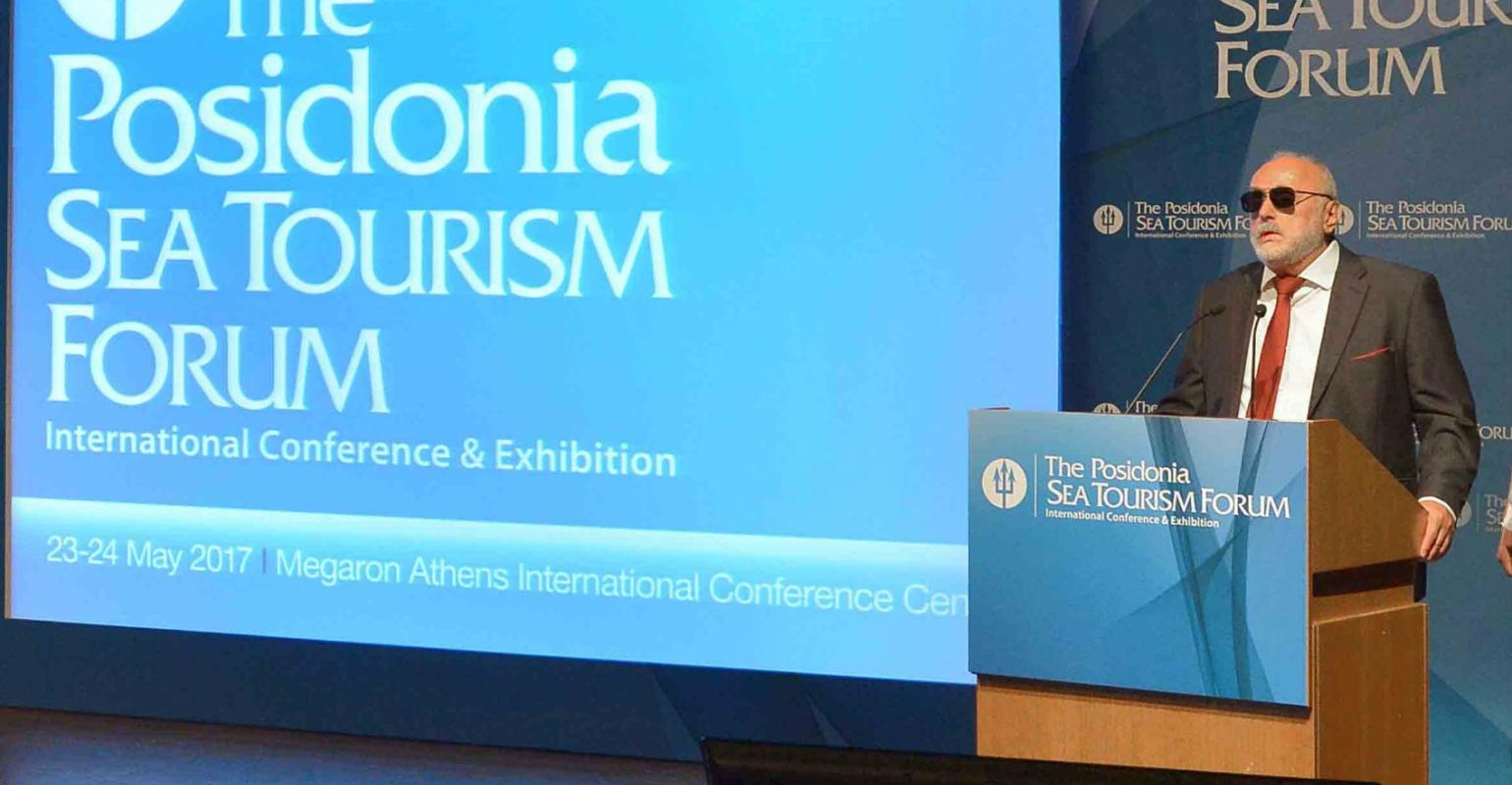 Greece’s Minister of Shipping and Island Policy, Panagiotis Kouroumplis, speaking at the opening of the 4th Posidonia Sea Tourism Forum

The Greek government is planning to open up some of the country’s ports to a ‘concessions procedure’ whereby international cruise lines will be encouraged to invest in relevant infrastructure projects, operating in a public private partnership with government.

The move was announced by Greece’s Minister of Shipping and Island Policy, Panagiotis Kouroumplis, during his opening speech at the 4th Posidonia Sea Tourism Forum being held this week in Athens.

The move follows the sale of the port authority of Piraeus to Cosco Group, and of Thessaloniki to a consortium including container line CMA CGM.

‘This initiative would help encourage cruise lines to partner with the Greek government and expedite a raft of projects which would otherwise require much longer completion timeframes,’ said the Minister.

However, Carnival Corp & plc vp for global port and destination development Michel Nestour pointed out that Greece needed to upgrade the marine infrastructure of its ports to receive larger ships, as well as adding passenger terminals.

And Royal Caribbean’s Med port development manager Ana Karina Santini cautioned that not only ‘rules’ but also ‘their application’ would need to be fully clear from the outset for an outside investor to become interested.