Harmony of the Seas will sail from Everglades, Oasis from Canaveral, and Anthem to chart Bermuda 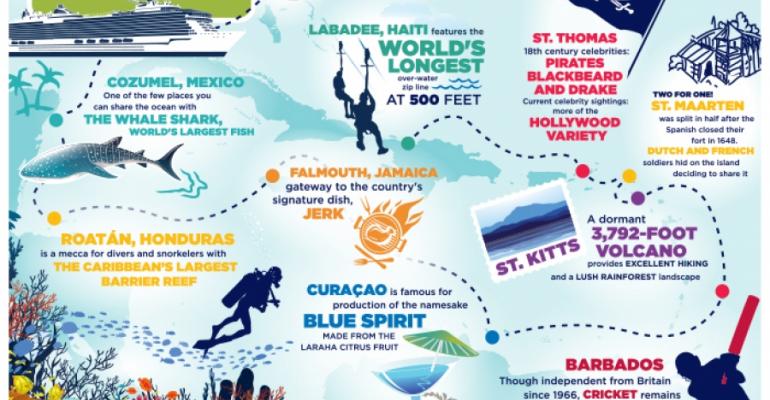 Royal Caribbean International's third Oasis-class ship will sail the Caribbean from Port Everglades, Oasis of the Seas will shift to Port Canaveral and Bermuda will get calls from its first Quantum-class ship, Anthem of the Seas.

Oasis of the Seas, meanwhile, will reposition to its new winter home of Port Canaveral in central Florida, where a new terminal is being built to accommodate it. Oasis will alternate weekly eastern and western Caribbean cruises. And Rhapsody of the Seas will take over three- and four-night Bahamas cruises from Enchantment of the Seas, which shifts to Miami.

And, from Port Everglades, Freedom's sister, Independence of the Seas, will sail four- and five-night western jaunts, while Serenade of the Seas alternates a 10- and 11-night southern Caribbean route.

Anthem of the Seas will continue year-round sailings from Bayonne, New Jersey's Cape Liberty Cruise Port, and operate its maiden season to Bermuda. Vacationers have a choice of five-night Bermuda or nine-night Bermuda and Caribbean itineraries throughout the summer, and eight- to 12-night Bahamas, eastern, western or southern Caribbean cruises during the winter.

Continuing from Baltimore, Grandeur of the Seas will operate five-night Bermuda, nine-night Bermuda and Bahamas, and nine-night Canada/New England cruises throughout the summer. In the winter, the ship will sail nine-night 'Southeast Coast & Bahamas' and 12-night southern Caribbean cruises.

From Tampa, four- and five-night western Caribbean cruises will depart throughout winter aboard Brilliance of the Seas.

Liberty of the Seas will continue its year-round deployment from Galveston, offering a selection of seven-night Mexico and western Caribbean cruises.