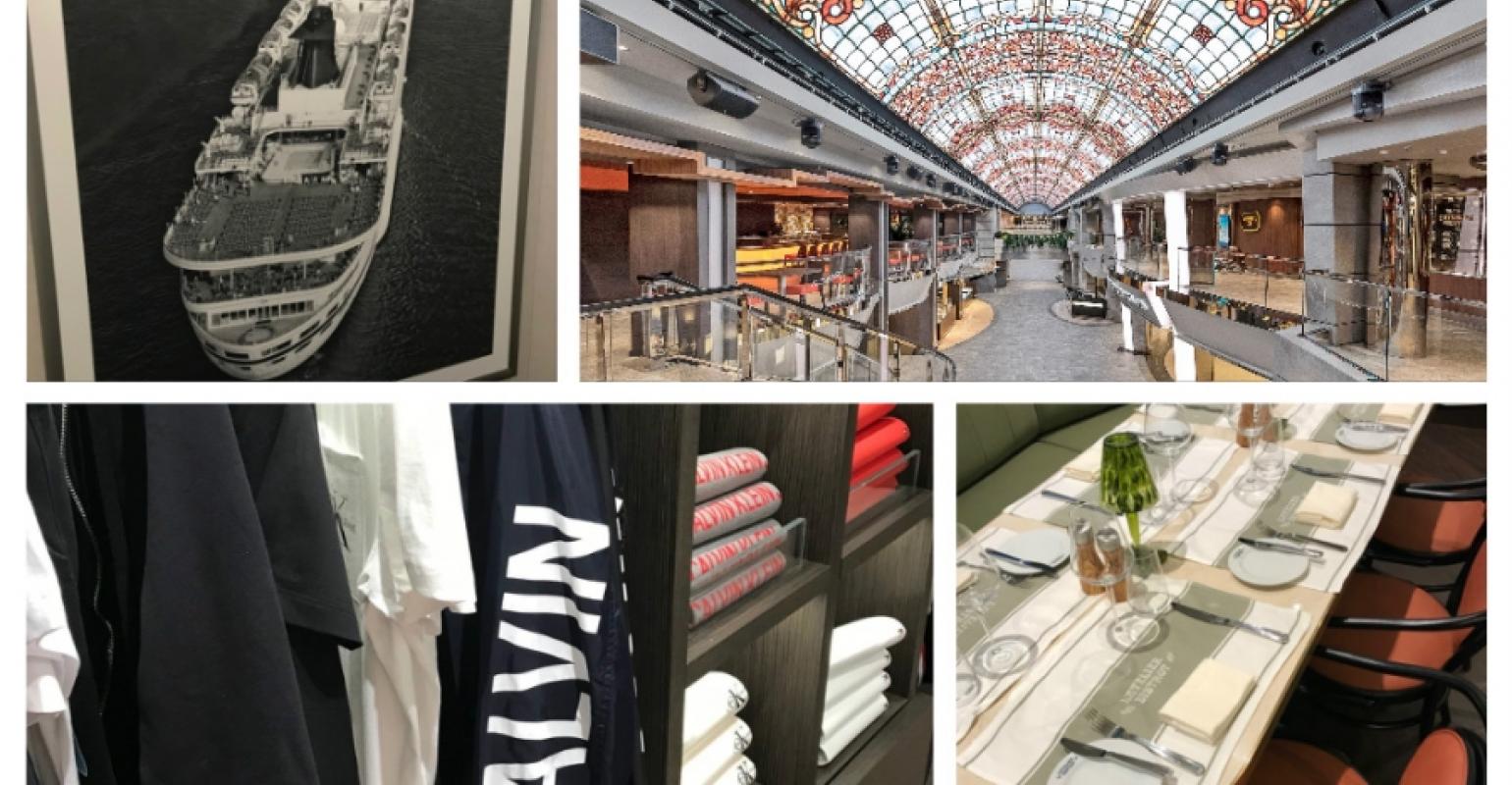 L-R Clockwise: A nod to the fleet, The Promenade with LED ceiling, new Bistrot and more branded retail

Inside MSC Bellissima: tweaks and technology

The second ship in MSC Cruises’ Meraviglia class, MSC Bellissima has seen no major design changes since her elder sister was delivered in 2017 - ‘what's new is mainly a number of enhancements’ Pierfrancesco Vago, executive chairman told Seatrade Cruise News during an interview onboard ahead of tonight’s naming ceremony.

Such as in the Promenade, the Eataly restaurant has been replaced by L’Atelier Bistrot, a small à la carte restaurant serving French cuisine, and the Hola! Tapas Bar created by chef Ramon Freixa.

Elsewhere, in the aft Carousel Lounge created for Cirque du Soleil performances, the stage is wider than on Meraviglia and in the Aurea Spa, glass panels have been substituted for the rock decor.

‘The biggest change,’ lead designer Marco de Jorio, ceo of De Jorio Design International told Seatrade Cruise News, ‘has been in the MSC Yacht Club which still spans three decks at the bow of the ship but the lounge on the 16th floor and the restaurant above are more modelled on MSC Seaside with connecting stairwell and sharing a large panoramic window providing ‘more air and light in and connectivity with the sea.’

There are more retail shops on the Promenade, including more brand labels to improve the offering to the Chinese market where the ship is headed in 2020, shared de Jorio.

The key unique feature on MSC Bellissima and one which is set to appear on all newbuilds in future is Zoe, MSC Cruises’ voice-enabled virtual personal cruise assistant.

Developed in partnership with Harman and powered by artificial intelligence (AI), Zoe is in every cabin and can speak seven languages providing information, guidance and suggestions about onboard facilities, entertainment, services, or help to book a service.

Zoe is an extension of MSC for Me, the company’s digital innovation platform which relies on 3,500 sensors fitted around the ship, smart TVs, touch screen signage and an app.

Zoe will come fully operational after her naming when she heads off from the UK to her summer programme of weekly West Med cruises.

Asked if Zoe is a gimmick, Vago answered very straight: ‘Innovation and technology is at the heart of the company. I am always trying to think what will be on trend when the ship is still in service in 30 years time?

‘Zoe is just one way of providing a connected guest experience and the use of technology at the service of enhancing the customer experience.’

‘Yes it could be a gimmick but it is also providing an important service that will knowledge build as its stores more and more questions.’

In a nod to the entire MSC Cruises fleet the decks are named after various ships whilst the artwork along the cabin corridors are six foot plus black and white prints of company ships both past and present. In keeping with the fleet theme there are also large scale models of current and future ships in some of the stairwells.