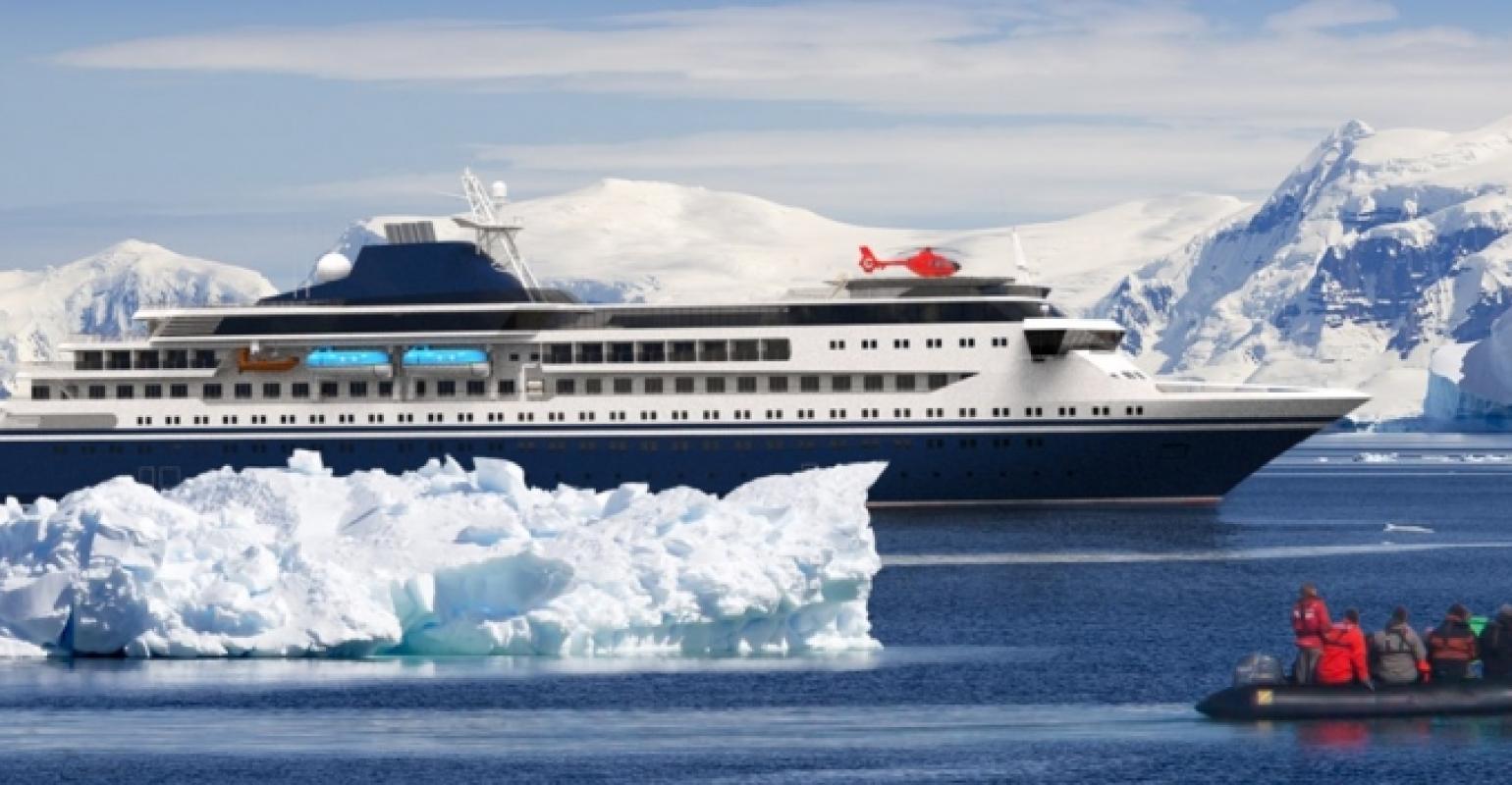 Independent naval consulting firm Knud E. Hansen A/S, with more than 75 years of experience in ship design, has developed a 300 passenger luxury expedition cruise ship for worldwide operation, including Arctic and Antarctic regions, for itineraries up to 21 days.

The vessel is designed for unrestricted ocean voyages and strengthened for Ice Class 1A service. Discussions with clients revealed such a need, with a genuine interest from shipowners to invest further in this growing segment, reports the company whose London team recently moved into new, larger offices in Southwark.

In the 1960’s, Knud E. Hansen designed Lindblad Explorer for polar expeditions. More recently, the company founded in Denmark in 1937, designed Hurtigruten's Fram and two ferries for the Government of Newfoundland and Labrador, all for sailing in heavy ice conditions.

This latest concept  has a double hull and integrates green technologies related to propulsion and hotel services.  The ship is specifically designed to operate safely in heavy seas and high winds as well as narrow passages and small ports.  There are three main fire zones and the vessel exceeds safe-return-to-port requirements.

All public facilities are concentrated on two decks, including an observation lounge with 360 degree views. Above the observation lounge a heli-deck is arranged.  A unique feature is the glass aircraft hanger.  The ships helicopter can be lowered by lift into a fire and explosion proof glass enclosure in the middle of the observation lounge, making for a fascinating showpiece.  Two Jacuzzis on the top deck are primarily heated by solar energy.

The vessel has 150 standard passenger cabins arranged on three decks and crew accommodation on two lower decks.  All passenger cabins have outside views and the cabins on the bridge deck are all with balconies.  A number of the standard cabins can, by the newly developed proprietry FlexCabin system, be transformed to suites. Active stabiliser fins are also fitted.

For short passenger excursions, a large sea garage and retractable overhead davit is arranged at the transom for easy launching and retrieval of up to 15 Zodiac type boats and jet-skis.  A tender boarding station for the watercraft is arranged close to the waterline at the aft of the ship.  The tender station includes a lobby, disinfection area and expedition store.  The tender station is connected with the passenger accommodation by both elevator and stairway.

An ROV (Remote Operated Vehicle) with camera equipment is installed for observation of the underwater environment up to 3,000 meters below the sea, such as coral reefs and aquatic sea-life.  The high definition video images can be displayed throughout the vessel on the big-screens in the passenger lounges and also cabins via the ships integrated video system.

Knud E. Hansen employs more than 80 naval architects, marine engineers and technical designers and has offices in Denmark, UK, US, Greece, Australia and the Faroe Islands.