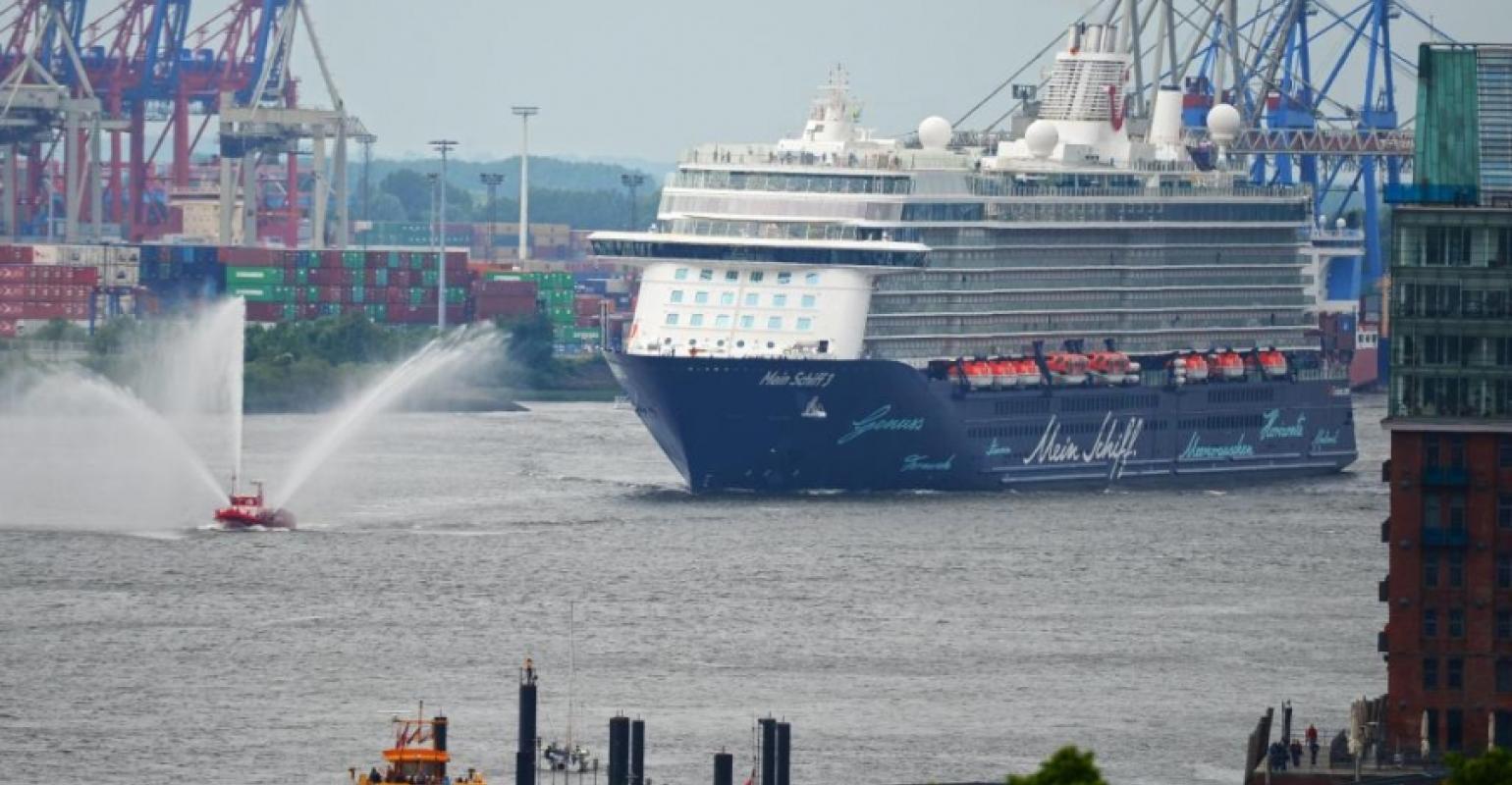 The naming of Mein Schiff 3 will take place in Hamburg on June 12. Between now and then the ship will undertake some familiarisation cruises.

The official maiden voyage from Hamburg to Palma de Mallorca will start on June 13.

Upon her arrival at Hamburg yesterday Mein Schiff 3 was escorted by firefighting vessels spewing water cascades.

She passed Hamburg’s skyline and the Landungsbrücken area where hundreds of spectators lined up to greet the ship, before berthing at the cruise terminal at HafenCity.

Thanking the city for the warm welcome, Vogel called Hamburg ‘TUI Cruises’ 'port of hearts' and highlighted Valletta, Malta’s importance as the port of registry for Mein Schiff 3.

On Wednesday, Mein Schiff 3 is scheduled to call Kiel for the first time.