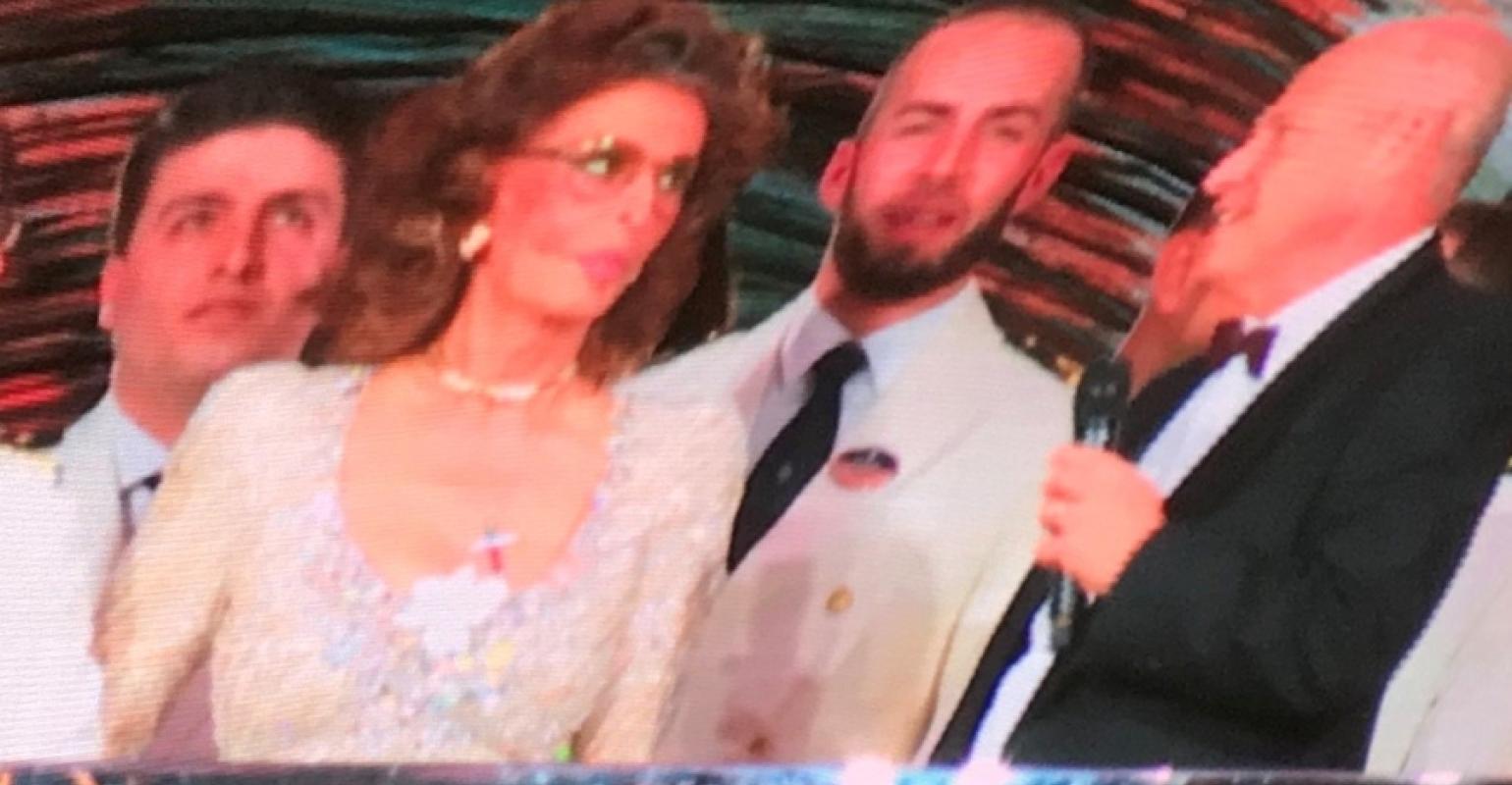 2,500 guests were seated in a purpose built marquee for the event located on the quayside in front of the star of the show, MSC's newest flagship.

One hour into the naming with the winds getting stronger by the minute MSC Cruises executive chairman Pierfrancesco Vago stepped onto the stage to interupt the performance to inform guests that for safety reasons everyone should return to the ship where the celebrations would continue.

Earlier father and son Andrea and Matteo Bocelli opened the proceedings with a duet, followed by a special performance from Cirque du Soleil at Sea. Keeping with MSC's martime roots ten British cadets were introduced, including two women, who Vago referred to as 'our officers of the future'.

Unfortunately the naming was then cut short and star attraction Nile Rodgers & Chic did not make it to the stage.

Vago invited everyone to reboard MSC Bellissima for the finale naming by godmother Sophia Loren. Guests gathered in the theatre and along the ship's Promenade with its 80mtr long LED ceiling where the naming was broadcast so nobody missed out.

Vago appeared on a walkway mid way down the Promenade together with Loren and officers from the ship. He co-ordinated via mobile to his wife Alexa for the ribbon to be cut and images of the champagne smashing across the bow were transmitted across the ship's LED screens and TV's.

|mages of the fireworks above Southampton were also shown on all the screens.

Guests then proceeded to a gala dinner created by two Michelin starred chef Raymond Blanc who earlier in the day MSC Cruises announced would be partnering with the cruise line in developing signature dishes for the Elegant Dinner menu.

Hosting the evenings celebrations was English TV presenter Holly Willoughby while after dinner, Leee John of Imagination got the guests into party mood with his soul-dance hit songs including Body Talk, Flashback and Just an Illusion.