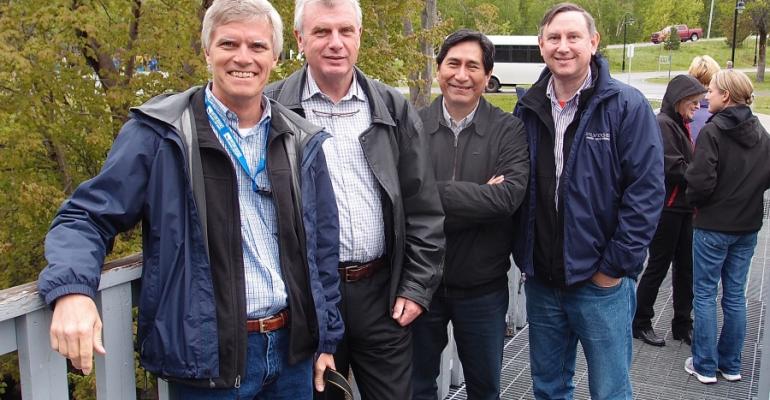 There's more global competition for Canada/New England as a destination but travel agents are optimistic about the potential for the region's growth, Cruise Lines International Association president and ceo Christine Duffy told a symposium in Corner Brook, Newfoundland.

Asia is a very important emerging market for the cruise industry, and CLIA itself is now looking to expand with an office in China.

'It's a big world out there, which means there's more competition for destinations to attract ships,' Duffy told the Canada/New England Cruise Symposium.

Enticing first-time cruisers is seen as critically important, by cruise lines and travel agents, and there's a big focus on the millennial market, 95m strong in the US. They want active experiences in destinations and their expectations are high.

This plays well into the Canada/New England offering, Duffy said, since there are so many active things to do in nature throughout the region.

'Canada/New England reminds me of Alaska, with big, beautiful parks and wildlife,' she added.

In a CLIA member agent poll about Canada/New England, most travel sellers (nearly 70%) see the region as a growth opportunity, a whopping 33% increase from CLIA's 2012 agent survey.

Nearly 78% of the agents cited potential to grow because of factors like additional ports and itineraries, a longer cruise season, more and different excursions and more lines serving the area.

The word is getting out to agents that the region is striving to expand beyond its fall foliage season, Duffy said.

However, seniors remain the strongest demographic for Canada/New England cruises, so there's clearly a challenge to become better known for family vacations in the summer—even though a number of individual destinations are popular family draws.

Canada/New England's strengths, according to the CLIA agent poll, include scenery, beauty and culture—which are also reasons to cruise in other destinations, however the region ranked higher on history and culture than others.

The symposium, which continues through Friday, has drawn cruise line representatives in areas including deployment, operations and shore excursions. Panels are delving into the state of the industry, itinerary planning, excursions, multi-channel marketing and expanding the season.

There have been updates by CruiseMaineUSA, Cruiseport Boston, NYCruise, Cruise Atlantic Canada and Cruise the Saint Lawrence.

Attendees are getting a taste of the Corner Brook region and beyond through tours and a lively social program that has elements ranging from singers and musicians to costumed historic figures, Newfoundland's own Iceberg beer and even a Newfoundland dog, Sailor Girl.

Speaking to the symposium in a video message, Stein Kruse, ceo of the Holland America Group, including Princess Cruises and Seabourn, said Canada/New England will continue to grow, however the brand with the most capacity there—Holland America Line—will likely stick to its current deployment level which includes a full summer of cruising as well as spring and fall. Kruse predicted growth would come from other brands.

Via video, Princess president Jan Swartz indicated the region will remain a centerpiece of fall deployment.

Susan Shultz, director of sales for American Cruise Lines and new brand Pearl Seas Cruises, forecast moderate growth for Canada/New England over the next several years, due to its short season.

Crystal Cruises operates four to six sailings in the region annually. 'I'm very bullish on Canada/New England ... It is a crowd-pleaser,' said president and coo Edie (Bornstein) Rodriquez, who also spoke via video.

Rodriguez cited 'a lot to see and do' and 'the niceness of the people,' which makes Canada/New England 'a great area to explore.'