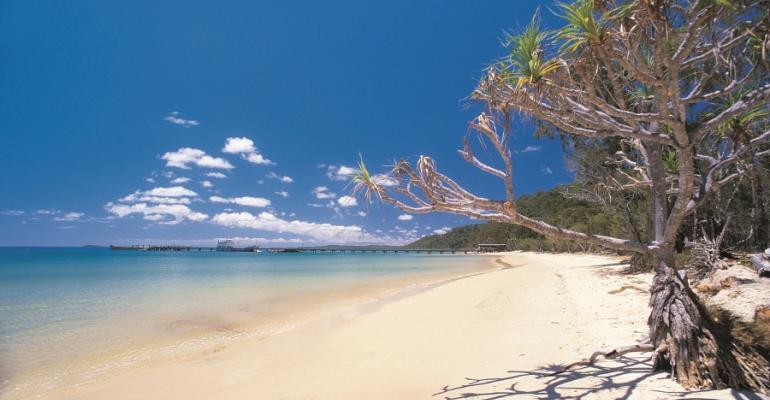 The original name for Fraser Island meant 'paradise' and passengers will discover why, Ann Sherry said

Approximately 200km north of Brisbane, Fraser Island is considered to be the largest sand island in the world.

Unlike on many sand dunes, plant life is abundant and there are rain forests, eucalyptus woodland, mangrove forests and wallum and peat swamps. The island, which takes its name from Eliza Fraser who was shipwrecked and beached there, also has a variety of wildlife, including swamp wallabies, echidnas, ringtail and brushtail possums, squirrel gliders, bandicoots and dingoes.

A popular tourist attraction is the Fraser Commando School, used as a special forces training camp during World War II because conditions were similar to those found on Pacific islands where the Japanese were being fought.

Both visits are being operated in conjunction with Kingfisher Bay Resort which offers a range of eco-friendly four-wheel drive tours.

‘We hope that the incredible experiences visitors will have on Fraser Island will make them want to return to Queensland again,’ Jones said.

‘The Fraser coast has some incredible products and experiences to offer our domestic and international visitors and it is pleasing to see this potential being recognised by major companies like P&O Cruises,’ Kingfisher Bay Resort Group gm David Hay said.