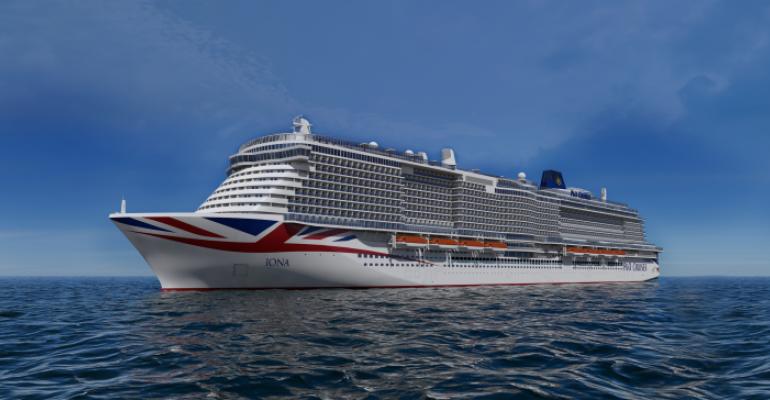 In a competition held last year, over 30,000 people put forward suggestions for the name of the new 180,000gt ship, from which a short-list was then drawn and one name was chosen.

P&O Cruises svp Paul Ludlow said: 'We are an island nation and as Britain’s favourite cruise line it seems very fitting to highlight one of our most notable islands and celebrate the geographic diversity of the UK, especially as we can trace back our roots to the Scottish Isles.

The name reveal was broadcast at the CLIA UK & Ireland annual conference in Southampton. Ludlow told the gathered agents, 'we need to do an even better job to disrupt the travel market.

'P&O Cruises is growing 50% with the arrival of two new ships in 2020 and 2022 and that means opportiunities for not only us but for everybody,' he remarked.

Iona's role in shaping the history of Britain

'Iona played a significant part in shaping the history of our nation and we hope that with this very special name our new ship will shape the future of holidays at sea for generations,' noted Ludlow.

'The Inner Hebridean island of Iona remains a crucial link to trade and a thriving tourism industry, requiring two sea crossings to reach the island.'

Ludlow said: 'Iona is known for its peace and tranquillity, stunning landscape and, most importantly, the view of the ocean from almost every point on the island. This mirrors our primary intention when building the ship, which was to make the sea the star.

'Throughout the design process we were mindful that we were building a ship, not a hotel, and the intrinsic beauty of the sea, the vistas of the coastlines and ports of call should be at the fore and visible as much as possible from all areas of the ship.'

The name was unveiled by BAFTA award-winning TV presenter Stephen Mulhern on Iona, which is protected by the National Trust for Scotland, where he was joined by several of the islanders.