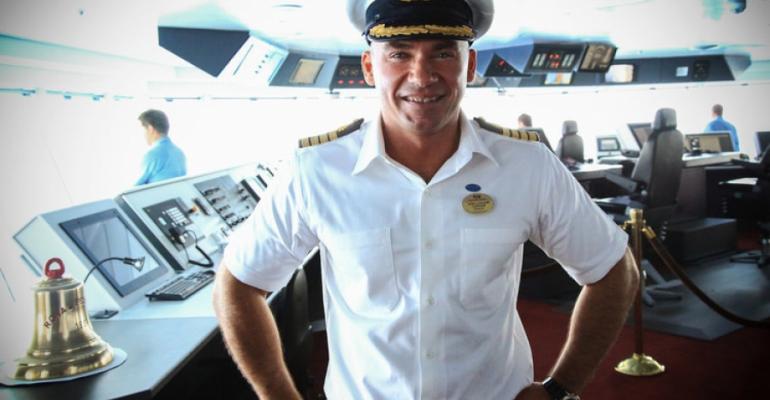 A 21-year veteran of Princess Cruises, Capt. Dino Sagani, has been named master of Majestic Princess, the company's ship being tailored for the China market.

Princess said he will lead a senior officer team with more than 100 years of seagoing experience.

Sagani has commanded Princess vessels including Sea Princess, Dawn Princess, Sapphire Princess, Diamond Princess and, most recently, he was relief captain for Royal Princess and Regal Princess. Following the family tradition, the Trieste, Italy, native studied at the Nautical College there, one of the oldest nautical schools in Europe.

He began his career with the Italian Navy, on a minesweeper during the first Gulf War, before joining Princess in 1995. Sagani was promoted to captain in 2007.

Street was born in Norfolk, England, and spent most of his youth in Edinburgh, Scotland. In 1990 he joined Princess as a deck cadet, advancing up the ranks to take his first command, Star Princess, in 2008.

Entering service in spring 2017, Majestic Princess is scheduled to cruise year-round from Shanghai.