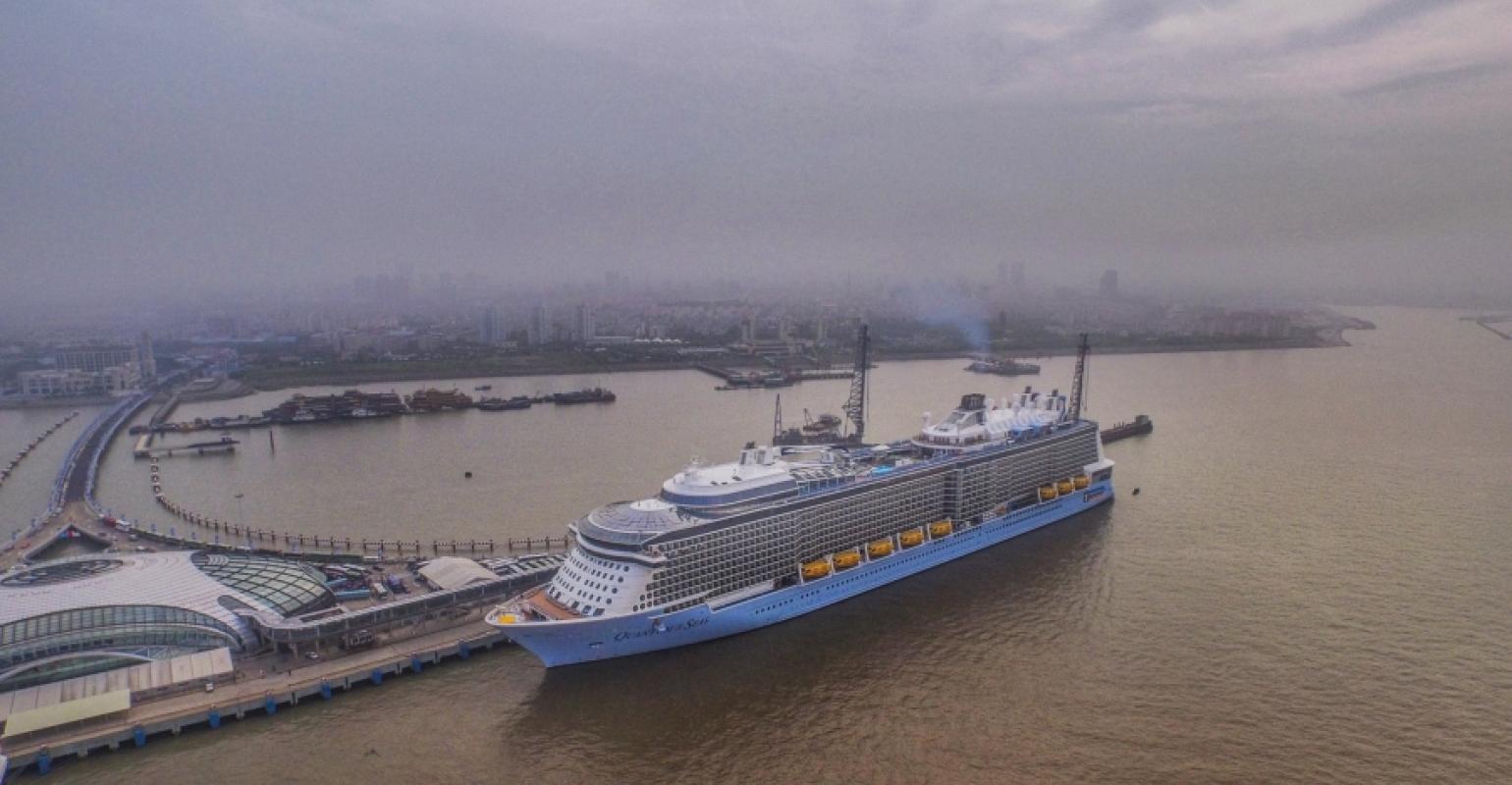 Quantum of the Seas puts in to Wusong International Cruise Terminal

Quantum arrives to new Shanghai home as 'cruise from the future'

Following a 53-night series of repositioning voyages, Quantum of the Seas has arrived at its new year-round homeport, Shanghai (Baoshan). 'Chinese consumers have grown to expect the best the world has to offer, and Quantum of the Seas meets that standard like no other ship—this is a cruise from the future,' said Michael Bayley, president and ceo of Royal Caribbean International.

He added: 'There is incredible potential in the Chinese market, and bringing our newest and most technologically advanced ship to China will cement our leadership position in the area.'

Officials from government and the port authority of Baoshan district together with Royal Caribbean brass joined the welcome ceremony at Wusong International Cruise Terminal Wednesday morning.

Royal Caribbean said Quantum of the Seas brought the largest single group of international cruisers—up to 4,000—into Shanghai.

The ship will sail three- to eight-night round-trips to North Asia destinations and is expected to carry mainly Chinese passengers but also travelers from other markets.

Quantum of the Seas had sailed from New York via the Atlantic Ocean, Mediterranean Sea and Indian Ocean, following its inaugural season at Cape Liberty Cruise Port in Bayonne, New Jersey.